Eliab Lodging Place
I alighted from the bus in Libertad coming from Pandan, not knowing where I stay. I was pointed to Eliab Lodging by the tricycle drivers and met the affable retired owners who used to be teachers. They were full, but realizing I was also a teacher, they found a way to accommodate me. Such decent people!

Libertad Municipality
Libertad is the last northernmost bus stop on the northwest side of Panay Island. Its proximity to Boracay makes it a short hop away. The town center is small with a few establishments, a school and the municipal building. Libertad has a port serving the Semirara, Culasi and San Jose destinations. It's a sleepy coastal town with a relaxed pace. The people are welcoming. The peace is disturbed only by the blaring sound of the tricycles and neighboring stores playing top 40 tunes (like most of the country).

Libertad is largely a coastal town

Libertad Tourism
Normally, I hesitate dealing with government offices. I find them bureacratic, slow and inefficient. Libertad's tourism office however, is a rare exception. I met the entire staff headed by Mr. Galahad Garcia, or Dondon for short. It's a 6-month old office and they are all new to the job. Perhaps it's a blessing. I found them to be dedicated and even excited at the many challenges facing them. Dondon isn't your arm-chair officer. He rolls-up his sleeve and gets his hands dirty, doing what needs to be done. We talked at length about the vision of the municipality, the challenges, the creative solutions, etc.

I was surprised that he personally took me to all the touristic places - on his motorcycle! He even went inside the caves with me (with a guide!) - Ati Cave and Maanghit Cave. I was also taken to their water spring - Bungan Bungan Spring. One good thing about this itinerary is that we strung along 3 destinations in one trip.

Ending Thoughts
BIG Big thanks to Mr. Galahad Garcia and the awesome staff of Libertad's tourism office for making the following blogs happen!

Visiting Ati Cave in Libertad
(Dec 9, 2016) The Ita people used to live in Ati Cave but now, it is used by banig weavers during the hot summer months. Ita Cave is a brief trek into the woods from the dirt road. It has an impressive openning but doesn't go deep.....more »»

»» next Traveling story: Visiting Ati Cave in Libertad
»» back to Traveling
»» back to Homepage 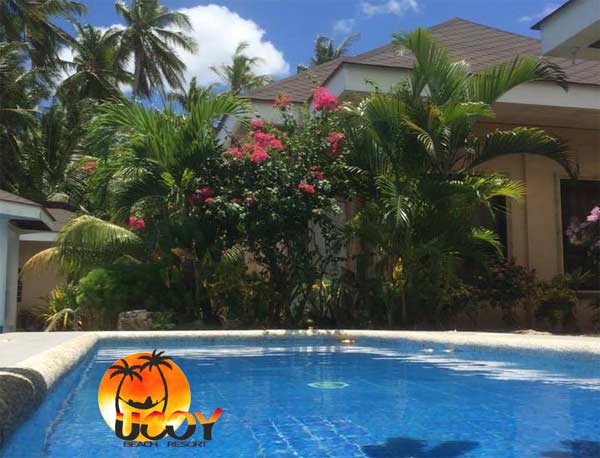