Getting Stoked
I got stoked in Tibiao. It's uncanny that there are many things to do here that are never-heard of in Manila - river kayaking, hot kawa bath, waterfalls, rice terraces, etc. After Tibiao, I decided to explore the rest of Antique Province. Next nearest destination? Culasi, just a few kilometers north.

What Next?
I got off the Ceres bus from Tibiao to Culasi, not knowing where I go next. I didn't check Agoda so I had no clue about lodging or how much. Do I walk around town and find lodging? Do I go straight to the dock and head-off to Malalison Island, the main attraction of Culasi?

LS Suites Hotel
While walking around, I came upon LS Suites Hotel...quite imposing with its concrete 3-level construction, considering I was in the middle of an obscure destination. Luckily, I was able to work-out an online deal in exchange for room and food - nice! The owners had been burned before by bloggers and were not interested. But I showed them full transparency and reach. They appreciated that. The hotel location is central, the building is new and food is decent. Wifi is sluggish, but still relatively faster given that internet seems slow in this part of Panay.

John John Sumanting
While going about town and asking questions, I somehow defaulted to Culasi's tourism officer, Mr. John John Sumanting. He agreed to see me despite not having an appointment. We spent close to an hour talking and sharing insight, vision and experience about tourism challenges. With him at the helm, I came away feeling that tourism is in good hands - but only as a collective effort amongst stakeholders. No one can single-handedly tackle all the issues.

Paya-Pang Batchoyan
Batchoy Paya is one of the interesting offerings of Culasi. After the travel show, "Byahe ni Drew" featured this modest eatery, it has become a must-eat in Culasi. Simply put, Batchoy is served in a coconut shell - yes, it's all in the presentation. Price is reasonable at P60 for native chicken batchoy with 2 pandesals and a calamansi drink. Taste? I would rather have more garlic if it were just me. But it is more or less comparable to the taste of Iloilo - which says a lot.

Charm
Culasi is a sleepy town but a little scratching reveals its charm. It has a boardwalk by the beach protected by a sea-wall. By the beach is also the public market. On some days, you find a 10-kilo Tangique or (God forbid!), a big moray eel. The ubiquitous Tibiao Bakery is also within the main hub as most government offices - town hall, tourism office, Phil Health, etc. Tricycles ply the roads as nearly all Philippine towns and cities. The highway cuts through the town making travel convenient and accessible. Life is slow and people seem to take their time.

Mount Madja-as
Lording over the town is the imposing presence of Mount Madja-as, Panay's highest mountain at 2117 MASL. Often obscured in clouds, it 14 waterfalls and home to interesting flora and fauna like Cloud Rat, Pitcher plants and Fafflesia. Climbs are allowed but there is a strict protocol to take on the 15-km stoney trail to the summit. This assures that climbers take responsibility about their garbage, their behavior and their traces. No one wants a repeat of what happened to Mount Apo where irresponsible climbers caused a massive forest fire - now Mt. Apo is closed!

Ending Thoughts
Most travelers don't stay at Culasi town proper. They take the boat to Malalison Island as soon as they get off the bus. I would have done the same thing if I had limited time for vacation. Leading a nomadic life with no job or home to go back to changes the paradigm. Instead of rushing to fit all the destinations within a limited time, I stay as long as I could in a given place before I move on - there is no work or home to go back to, so what's the rush? Home is where I am and work is where my laptop is.

Having enjoyed the quaint charm of Culasi town for 3 days, it's now time to take the boat for Malalison Island.

Exploring Malalison Island
(Dec 2-3, 2016) The travelers I talked to back at Kayak Inn were making a travel itinerary which included a stay at Malalison Island. That's also the reason why I came to Culasi. After 3 days at the town proper, it was time to take the boat to check out Malalison Island.....more »»

How to Get to Malalison Island from Boracay

Things to do, Places to go in Culasi

»» next Traveling story: Exploring Malalison Island
»» back to Traveling
»» back to Homepage 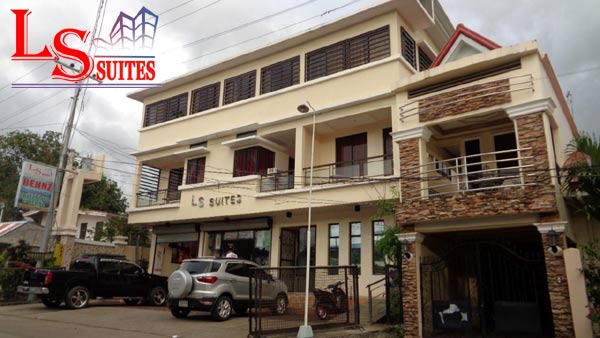