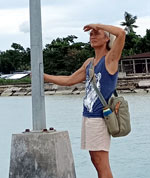 Ronda Municipality
While in Moalboal, I thought about visiting the nearby town of Ronda - an obscure municipality passed by en route to Moalboal from Cebu. It's not on any tourist map and frankly, I don't know of anything interesting there until I was told that there is a wise shaman.

The Habal-Habal Ride
I took the bus in Moalboal going back to Cebu City, and after 20 minutes, I was already in Ronda. I alighted at the public market and asked a habal-habal (local term for a motorcycle guy who takes people around like a taxi) driver if he knows of the mystic who lives in Ronda. Sure enough, everybody knew him. I was a passenger on his bike and we veered off the paved path and into the rough roads heading to the highlands. We stopped at a house and were told to wait inside. The living room had an altar with a few statues of Mother Mary, or in Philippine lingo, Mama Mary.

The Wise Shaman of Ronda
A few minutes later, an old feeble man in his 80s showed up, obviously having difficulty just to manage a few steps. His daughter was my interpreter - I don't speak Cebuano, the local dialect, and he didn't understand Tagalog. I explained that I wanted to settle down to a place where I can grow roots. But I had no idea where that place is. Originally, I thought about exploring Siquijor Island, Bantayan Island and other obscure municipalities for any place that resonates. I asked if he can see where that place is.

Cebu City
The Shaman spun his rosary and remarked, through his daughter, that the place that had my name on it was Cebu City...there was no other alternative. Cebu is where I should get established because it is where I will grow and blossom. After the session, he gave me a few candles to burn.

Exploring the Town Center
I still walked around the town center attempting to make best use of my presence there. There really wasn't much except for deep-fried food. The wharf was interesting. Like Moalboal, it jutted out to deeper water, but Typhoon Odette, the most devastating typhoon that hit the Philippines in decades, collapsed parts of the wharf. 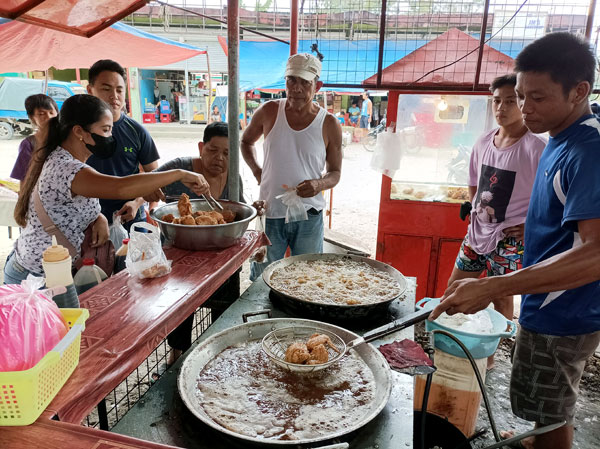 Ending Thoughts
Heading back to Moalboal, I realized that if I follow this advice to settle in Cebu, I will have to change my travel plans and go back. In a validating event, Sepfry of Dawata Yoga confirmed that my Friday Yoga-Talk in Cebu City is a GO! That meant I really had to go back. But the following day, I was also scheduled to attend a yoga retreat in Bohol - this means that after the retreat, I will have to stay in Bohol to explore possibilities (that's how I travel) and forfeit Cebu altogether. In an interesting twist, I was informed that I would not be a participant in Bohol, further cementing my presence in Cebu. When I asked Mikko if he can give me a friendly monthly price for staying in his hotel, he essentially said, "..nah! [read: your money is no good here]". What a guy! With so many convergence, Cebu is as good as gospel. 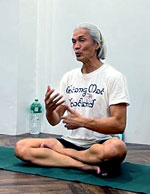 (Dec 9, 2022) Word got around that my Yoga Talk at Hostel 7 was relevant and even compelling. Dawata Yoga Studio owners, Dennis and Sepfry, asked if I can conduct the same talk/workshop. I said yes. Yes to Life, of course...more »» 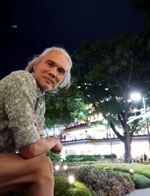 (Oct 13 - Dec 4, 2022) Now that my travel is behind me and I'm comfortably chilling at Hostel 7 Cebu, I can begin to shift my thinking from 'getting there' to 'finding my bearing'. It's good to be back in Cebu and rediscover it all over again.....more »»