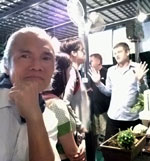 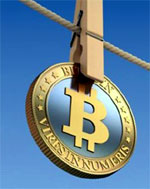 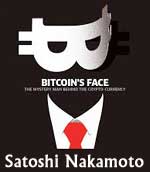 Bitcoin - the Liberation of Currency

What is Bitcoin?
Bitcoin is a digital currency on the internet that can be used to pay for goods and services, just like the US Dollar or any other legal tender. You can think of Bitcoin as money in your ATM account - you don't see the money per se, but you can use your credits in the account to buy goods and services. But instead of using an ATM card, you need a Bitcoin Wallet where you put credits to it, and you need a handheld scanner to read QR codes. You can scan a QR code to either credit or debit Bitcoins into your account. That is pretty much where the similarities end.

Who Created Bitcoin?
Satoshi Nakamoto created the Bitcoin. That was just the signature left on his proposal defining the Bitcoin. The mathematical coding is so comprehensive that it factored-in the multi-dimensional intricacies of the financial system seamlessly fitted into an elegant algorithm. Very few people in the world have this capacity which should narrow-down the identity of its creator. But it is not clear if he is really a person or a group of people. Speculation has been made to determine who this person is, but so far, everyone denied being Satoshi. When he went public with his open-source codes, he deliberately made himself expendable. He then pulled himself out of the picture so now, Bitcoin and all the global developers who have taken over have given Bitcoin a life of its own in the internet.

Why would Satoshi hide his identity? Well, if you free the public from the oppressive control of banks and government, these powerful institutions will stop at nothing to make sure you're dead. More about Satoshi Nakamoto.

What Brought About its Creation?
When the economy collapsed in the sub-prime market meltdown in 2007, trillions of dollars worth of hard-earned money by middle class working people dissipated into thin air. This reduced their home equities funded by amortization payments through the years to zero leaving them poor, homeless and disillusioned. This underscored the flaw of the current Fractional Reserve Banking System put in place by the Federal Reserve. It became too obvious that the financial institutions had been rigging the system.

In its wake, in Nov 2, 2008, 6 weeks after the collapse of the Lehman Brothers, when every financial expert was in a panicked debate on how to save the banking system, a proposal was submitted by a "Satoshi Nakamoto" in an obscure online forum, introducing a new digital currency (Bitcoin) which would bypass the banks and governments and empower the people by essentially making them the banks themselves. This would radically change the financial landscape and could render the banks and all its trillions of dollars they control, obsolete.

Current Problems with Bitcoin
Bitcoin is still far from perfect. It is evolving with the increasing number of people supporting it. Here are its greatest enemies:

How are Bitcoins Created?
The jargon for Bitcoin creation is called 'Bitcoin mining' - a complicated process using computer systems to solve complex mathematical puzzles to earn a Bitcoin. These computers are massive and run 24/7 almost filling-up an entire floor. They consume a lot of electricity and generate a lot of heat. A Bitcoin mine could have problems in the following areas - the power supply, the internet, the computer themselves and electrical equipment. In order to be profitable, the computers should generate more Bitcoins than the cost of power consumption.

Block Chain
All Bitcoin users are connected through a decentralized network and collectively use a public ledger called the Block Chain where all Bitcoin transactions are documented. Some say that Satoshi's ultimate legacy is not so much about Bitcoin itself but the development of the Block Chain. While it only monitors and records Bitcoin transactions globally, the ramification is profound and all-embracing. What if we create a Block Chain for everything we do as a civilization? A Block Chain with no leader but the collective members of those who participate in it, globally with a uniform standard. Developing a global public database with all transactions or events we experience, complete with time stamp, value, location, etc. as a public utility, can completely revamp and reinvent the way we run society.

The Big Boys
The Bitcoin phenomenon is a looming threat to the establishment. However, Goldman Sachs, one of the major players in the financial world, was keen enough to go along with emergent trend by establishing a Bitcoin-focused investment firm, Pantera Capital. This makes a strong statement that the big players are already resigned to the fact that Bitcoin is big and that they can't stop it.

How to Create a Bitcoin Account
Bitcoin accounts are free and anonymous. These accounts are called Bitcoin Wallet.

Ending Thoughts
Bitcoin is still far from becoming mainstream. Its application is still largely untapped, much like the internet during its early days. To those who devour information about Bitcoin, and who possess the special gift to weave different bits of information together into a new singularity, new and exciting innovations are there for the taking.

Moreover, with Bitcoin's increasing popularity, the financial landscape, if not our entire society should be poised to see a shifting trend that will redefine the way things are done, this time with more empowerment to the people.

(Dec 8, 2015) It is not clear if Satoshi Nakamoto is a real person or a group of people. The name is a pseudonym for the creator of the Bitcoin - a radically new concept in digital currency that could revolutionize the financial landscape by empowering people to be their own banks effectively neutralizing government intervention and bank control.....more »» 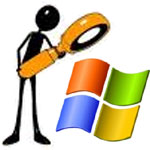