Given my libertarian view of life, I am often asked what my religion is. Religion is always a hotbed for heated debates and best avoided. I've always given an honest answer and I've never been confrontational. I respect people's rights to believe in their chosen faith...and I don't push mine.

Giving it more thought, I think my religion is the most simple and yet the most difficult to live by. And it's not even my original!

Most Simple
Why is my religion the most simple? Because I don't need the following: 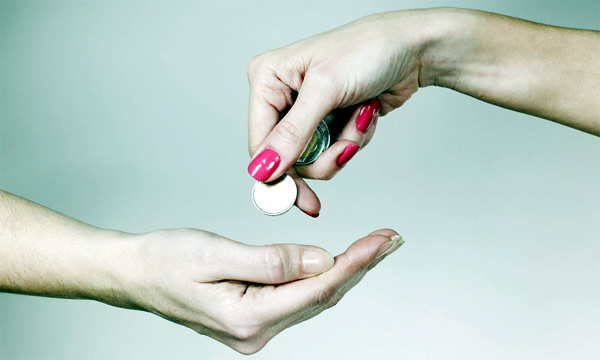 Most Difficult
I'm not even talking about not killing or not stealing - that's a no-brainer since ALL religions detest that. My religion is the most difficult because it passes off for sin, what other religions do not consider sin.

To most religions, these are not sin. But in my religion, they are! Can you now imagine the difficulty of having such religion?

Golden Rule
My religion is so universally accepted they call it the Golden Rule. The great spiritual leaders say so. Christ mentioned it, "Do to others what you want them to do to you." Confucius said, "What you do not wish for yourself, do not do to others." Buddha said, "Just as I am so are they, just as they are so am I." Yes, it's a recurring theme in most religions. BUT...they get buried by dogma, rites, rituals, self-serving interpretations of the scriptures by clever men of the cloth.

Two Commandments
The 2 commandments of my religion...and this stands alone - without the clever men, without the sacred books, without the rites and rituals...and I'll be pointing out the almost mundane and trivial everyday life examples that no religion considers sin.

Ending Thoughts
Just think about it...those 2 commandments, when subscribed to means there won't be wars (whether religious or political), no plastic rice, birds fly freely and no plastic on the ocean. I'm sure you can add more to this list.

What's my validation to all this? Well, I sleep well at night knowing I didn't wrong anyone. I'm genuinely happy and I feel the love and support of people around me. I am not stressed-out because I don't do anything that might cause it. In short, I'm perfectly ok under my own skin as I go through my daily life. Nothing has happened to me yet to prove I'm wrong. This is enough religion for me.