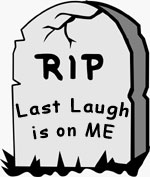 No Sex? WTF!
How to please your partner with no sex? For that, we default to the enigmatic ways of the Japanese geisha who learns the art from childhood. Geishas have grown adept at using their silken charms to wind their men around their little fingers.

Geisha
I was having a lunch conversation with a Japanese friend at Neva's Pizza and we strayed into Japanese culture. I asked, "What exactly is a geisha?". She remarked that a geisha is a Japanese female entertainer who makes a life career catering to a man's needs (usually at a tea house or private party) without sex - so they are different from prostitutes.

A geisha starts at a young age, around 15, when she is sent to a Geisha house to start her training. This training substitutes for school. Her education is focused on graceful seduction, without the sex.

No-Sex Satisfaction
I'm consumed by the no-sex satisfaction. Why? Because in this sex-crazed culture, sex has become the end-all and be-all...the deal-maker and the deal-breaker! Because in some conventional relationships, both parties feel that once they provide the sex, they've done their part in the relationship - and that's that! Well, not to generalize, but if you factor out the sex, most people may be clueless about what to do next.

Having Him by the Balls
And this is where the Geisha know-how comes into play. We're not talking simple tips here, otherwise it won't take a whole life's career to master this craft. I could imagine they can do wonders for men in ways that haven't even crossed their minds yet. Hmmm....maybe some guys don't even fully understand what their needs are...maybe a geisha can do things that would leave them dumbfounded, as in "I didn't know I needed that, but yes, I do now, and I feel happy about that." Such a woman would be priceless. And yes, such a woman would have her man by his balls too, so to speak. But hey, I'm not being a sexist here. If there is still a male geisha, I'd like to pick his brains too.

Uncharted Ground
I'm left thinking now, how else can a person please a partner if sex is not in the picture? That specter seems unchartered, but help me put some of that into a list. I'll post your comments below.

FROM THE GUYS (without the sex, how have you been pleased by a woman?)

FROM THE GIRLS (without the sex, how have you been pleased by a man?)

Ending Thoughts
If a woman can truly please a man (in every conceivable way!) without the sex, can you imagine how much more Gratification it gets, when you finally add-in the sex? Hmmm...think about that! And for the women out there, if there was still such a thing, wouldn't you like to have a male geisha to reciprocate that sexless satisfaction as well? (actually, the first geishas were males, back in the 1600s).

Anyway, until we find ourselves in the company of a geisha who can demonstrate what it feels like to be the beneficiary of such intriguing service, perhaps we can all chip-in our life experiences in sharing how we've been pleased by our partners without the sex factor.

(May 24, 2010) I love this article, simply because this is something I've been kinda "struggling" with for a while. The no sex part is HARD. I mean sex is an expression right? I don't believe it's the end all and be all, but MEHN it counts for something. Personally, I feel a little cheated... Hell, it's not just men who have needs you know. And sorry to be crass... but you F%*K with my head you F%*k me too. My two cents.

(May 23, 2010) They tell me that there are escort services here (in japan) which cater to women. My foreigner friend (blue-eyed blonde) told me he was offered this job. All he had to do was talk to a lady in some bar for a night, and then he gets paid big bucks (well, in this case big yen...but of course nowhere near the price of a geisha for an hour) for just talking with a lady, no sex involved.

(May 23, 2010) Intriguing! However, I have a friend in busines who's in his mid-60s who's also searching for such service provider w/o physical intimacy.