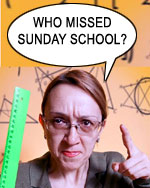 Monday Blues
I dreaded Mondays. As a 5th grader, the religion teacher, a woman-of-the-cloth, Sister Mojica, would ask the class who went to church last Sunday. Like every other Monday, I would be the odd guy out coz my parents were not church goers. I would brace myself for the usual humiliating punishment.

The Punishment
She would look at me in a sinister way, and say, "It's you again!". She would then tell me to go to the back of the room and stand there for the remainder of the class as she tells the entire class to take a long hard look at me, coz I am the face of someone who will suffer eternal damnation in hell. I would be looked upon as a guy suffering from leprosy. No one wanted to be associated with this guy who'll rot in hell. This went on every Monday for two fucking years! I was only 10 or 11 years old then. How the hell was I supposed to go to church by myself at that age? Have you seen an 11 year old ever go to church by himself? 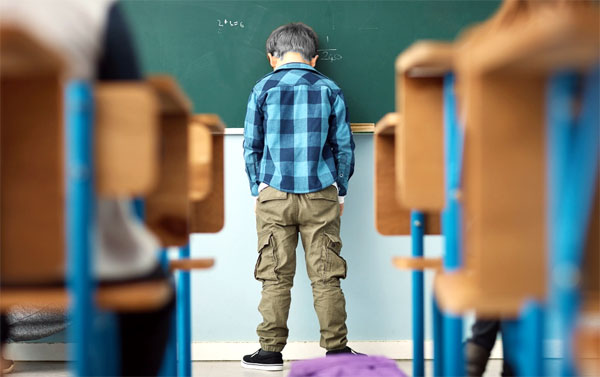 Ending Thoughts
I'm writing this in April 2, 2021....51 years later. Why? I don't know but this scene keeps flashing into my head. Am I bitter about it? Maybe decades earlier, but now, I don't think so. Perhaps I just need to take a long hard look at this episode one final time, and come to terms. Maybe that's why.

Maybe this is also the reason why I was never impressed by "people of the cloth" - men and women who offer salvation through them (and only them!)...and not through a person's personal and intimate journey into godhead. I see it as a manipulative and lazy job to get free meals and be able to pontificate from a moral pulpit. But you scratch on their carapace and you see a train-wreck under the mantle of the cloth.

Maybe this is also the reason (one of the very many reasons) why I have a disdain for organized religion. I see no difference between religion, politics and big business. It's all about power, control and wealth. This ascertation is a matter of public record from all the blood spilt from heralding one's God as better than the others' Gods.

This traumatic episode taught me a few indelible lessons:

You want slavery? Listen and follow them. You want salvation? Look within. 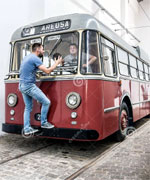 (Oct 31, 1975) It was already late and I was still in Cubao as the heavy downpour flooded the streets. Cars already stalled by the roadside due to the rising water. Public transport screeched to a halt. There was no way home for me and I was wet, cold and stranded. Do I sleep on the sidewalk? From a distance, I saw this public bus going to my home. It was my last chance. But the bus was overfull. People were literally hanging off the entrance with only one foot on the bus. It was impossible for me to squeeze myself. Then I had an AHA Moment!....more »»