The Epic Ride to Hanoi
The epic 26-hour sleeping bus ride from Luang Prabang (Laos) to Hanoi (Vietnam) was numbing to say the least. It was dark and drizzling when we arrived Hanoi. After a few difficulties getting our bearing at the bus terminal, we finally got under way by riding a moto-taxi then a XeBuyt (local bus) to the flower market where we were to be picked-up by Tuyen's Hanoi friend. She would be our gracious host for the duration of our Hanoi trip.

West Lake
Hanoi is cold at this time of year. We had to bundle up. Our shire was a skip away from West Lake, the biggest lake within Hanoi. With its 18km circumference, you see the more established 5-star hotels (Sheraton and Hotel Inter Continental) and high-priced condos along its shoreline. It's an ideal place to jog or bike around, fish or just mood away with the lake's misty drape.

Exploring Hanoi by Bike
For the most part, Tuyen and I explored Hanoi on a bike, stopping here and there for what seems like something interesting. We biked around the lakes, visiting other neighborhoods and just stopped for food whenever we see a crowd of locals lining up to what looks like a popular place. Hanoi is where you find the best street food which is common knowledge in Vietnam. The internationally famous Pho rice noodle soup has its origin here in Hanoi. 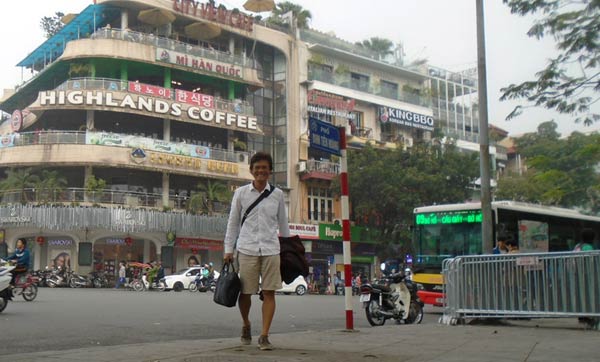 Old Quarter
Old Quarter is the closest thing to Bangkok's Khaosan Road. The backpacker havens are here - tour agencies, dorm lodging, bus ticketing, cafes and eating places. The streets are narrow and the structures are old. Up to now, Old Quarter remains the enclave of family-run businesses who specialize in particular trades for generations.

Recent History
Hanoi is the capital of Vietnam. A place is always better appreciated when you know the series of events in its history that shaped the people and culture to what it is today. Hanoi's history dates back to as early as 1010 as the political center of Vietnam. But let's fast forward to...

Cham and her Family
Our stay in Hanoi could not have been as comfortable if not for the kindness of Cham and her family. They provided us a place to stay and support for much of what we needed - bicycles, maps, taking us for breakfast and eats. They even invited us to dinner at their new place serving us Hanoi cuisine that cannot be bought in restaurants. Tuyen is lucky to have such generous and giving friends. To Cham and her lovely family, I am grateful.

»» next Traveling story: Boat Cruising on Halong Bay
»» back to Traveling
»» back to Homepage 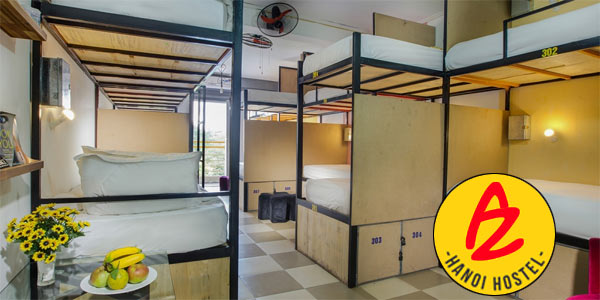