No, Thank You
After my 2nd 10-day Vipassana course last October, I decided it wasn't for me at this point in my life. I never doubted the technique...just my readiness. While I continued my ties with my Vipassana family (who remain dear and special to me), I stopped showing up at the monthly sits. Who needs enlightenment anyway? (sour grapes!)

The Subtle Goenka Persuasion
So it is to my surprise and astonishment that I find myself again participating at this Vipassana course...my third. Why? Dunno. Maybe it's because Char signed up for it. Maybe it's because of Vipassana's spiritual leader - S. N. Goenka. His compassion and sincere desire to get anyone and everyone benefit from dhamma (the truth taught by the Buddha) got the better of my inability to get established in the technique. 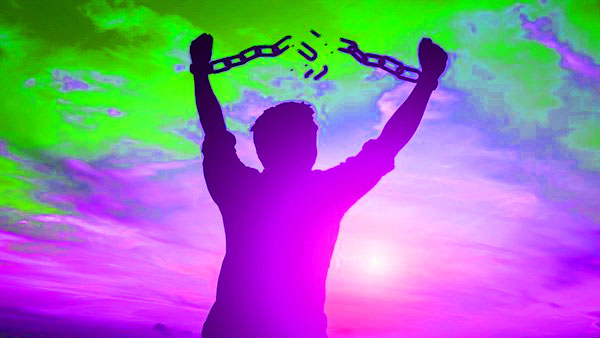 The Usual Suspects
Not surprisingly, during the first 3 days of my meditation, the usual suspects (the same cast of rogue characters in my past who have wronged me) showed their ugly faces once more in my mind's eye. I was once again in a mental battle with them in the goriest, most violent and bloody way. I wasn't taking prisoners. Going back into meditation proved futile. I was inundated by the violence that I decided to quit and simply spend the rest of the remaining 7 days as server...at least I can find better use of my presence in the beautiful Sico Farm. Fortuitously, I couldn't find the program manager to make the arrangements. I decided to attend another meditation sit hoping I'd see him shortly thereafter.

A New Lease
What happened in that meditation changed everything. I found a slight modification in my technique to allow me to focus on my sensations. The mental bloodshed was tuned down to a heated verbal exchange...then down to a temporary truce. I began to realize I was up against a phantom I recreated in my agitated mind. That gave me hope that perhaps I can still continue my sit...and I did. I was able to maintain my focus and progressed into the next phase of the meditation. It was a breakthrough for me. I was a kid balancing on the bike for the first time. "Ah...so, this is how it feels when done right." The aberration continued to spike every now and then, but it became fewer and farther in between. It went down to manageable levels.

Pardon...Say What?
All was going according to plan until on the last day when S. N. Goenka, through his video teaching, asked us to "pardon those who wronged us". I hit an impasse. It was like being asked to allow someone to walk away from a debt that remained to be paid. Forgiveness has long been a stumbling block and a recurring issue. I'm hard on others as I am equally hard on myself. I wanted to bargain. Let me break a bone and slap them a few times...then I'm ok to pardon. Short of that is simply unacceptable. That has been my stand during my Empath Yoga workshop and in my first 2 Vipassana courses - forgiveness does not exist in my vocabulary.

Relenting
My brain however was providing me an equally compelling persuasion - that I'd been angry for too long and it's high time to "pardon those who wronged me" and thus allow me to move on with my life. Afterall, breaking bones is too much a retribution for a misplaced criticism...yes, just a misplaced criticism. Besides, if I were really to exact my payback, I would have already done so. The fact that it hasn't happened yet means it's unlikely to happen at all...that I was simply locked in a vicious psychological loop of self-inflicted warfare - I was only craving for my drama. Of course, that process can only claim me as a victim as I continue to fight the demons I created in my mind...not unlike Don Quixote's fight with an imaginary dragon. Once more, a gentle voice within asked me to take faith in a horizon far broader than what's visible in my mind's eye. With much hesitation, feet-dragging, and reluctance, I finally agreed to "pardon those who wronged me".

The Law of Nature
S. N. Goenka, in one of his discourses, stated that the law of nature is such that one is punished right there and then for any kind of mental defilement as one assumes the misery that comes with that defilement. In hindsight, that's exactly what happened to me when I could not let go of a perceived 'diss'.

Exorcism on the Fly
On the flip-side, the law of nature is such that one is rewarded immediately when one chooses the way of dhamma, as one departs from all the negativity and enters a realm of peace. This used to be abstract until I a made a conscious decision to "pardon those who wronged me". Like popping a balloon, my demons were exorcised from my system - instantaneously. The heavy cross was lifted from my shoulder. Only then did I realize how heavy it was. Right there and then, I felt I was back into The Flow - it's uncanny.

Ending Thoughts
Looking back, I now see hate as a kind of drug...a fix that feeds on your need to feel right...to feel owed to...and to have a moral upper hand. And with that moral upper hand, it now becomes academic and easy to retaliate...and it feels good, because in your mind's eye, you're always the big guy beating up every bad guy. While this superficial 'feel good' is entertained, the hate grows and festers inside...and it's very hard to let go. The mind finds every conceivable excuse why you are right and why "they" should be punished. But hate when left to ferment inside your system is like a corrosive toxin eating up your bliss and whatever peace is left in you. While all this happens, you're actually miserable and life continues leaving you behind. Remember "Lord of the Rings"? Golum found this ring (the hate) and kept it calling it "my precious". Feeling a tremendous attachment to it, he couldn't let go. In the end, the ring ate him up.

The usual suspects would still show up every now and then in my mind, but from a fire-breathing dragon, their stature is now reduced to annoying mosquitos. I'm quicker to catch my thoughts and they instantly disappear like popped bubbles. They've lost their powers.

The entire time, I thought Vipassana wasn't working for me. Now I realize Vipassana was already working from day one...I was just too overwhelmed to know it at that time. I can see why it was important for all that garbage to come to the surface before getting to the core Vipassana program. Now, instead of using up precious resources fighting a phantom enemy I created from within, I can move on and take on bigger challenges.

I am grateful to S. N. Goenka and his assistant teacher. I am grateful to the Vipassana people who served, who made all the arrangements, who made it all happen. I am humbled by the benefits I received from them.

Jhet van Ruyven
(Apr 15, 2011) Yes indeed we are all in this together, we are all connected, we are one! Most of all am so excited you are also a Pinoy. Am Pinay-Canadian. Recently I attended Vipassana for the first time. I was looking for sittings in our area and came across your site. You and I know it is not a coincidence but there is something greater pulling us together.

Mimsy
(May 11, 2010) OH, and you had written a while back after you did vipassana again that you found a breakthrough in forgiveness.. that is absolutely wonderful to hear! There is a great healing to be found there, and while I have known you to be someone who can be quite attached to his viewpoint (just like everybody in the human race!), I could also see how letting that go, allowing true forgiveness and healing to take place can expand the heart and make one 50 years younger.

Rowie
(Apr 16, 2010) ...as I see it, I may have gathered enough in the good karmic point system to have met you and Char, Cielo, and the rest. And that is a very, very good thing :) Sat with them (Char and Cielo) last tuesday and had so much fun! Feels really good to bond with intelligent and focused people :)

Vipassana Meditation Course Part 4: Getting Established in the Technique

(Apr 25 - May 6, 2012) 10-Day Vipassana Silent Meditation Retreat at the University of San Carlos in Cebu City (Philippines) in the tradition of Sayagyi U Ba Khin as taught by SN Goenka....more »»

»» next story: Goodbye Manila
»» next Meditation story: Vipassana Meditation Course Part 4: Getting Established in the Technique