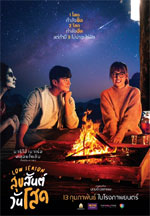 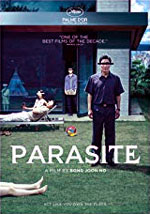 Synopsis
The movie started off as a hilarious comedy about a family's ingenious con game in taking advantage of a wealthy family. Things took a turn for the bizarre when their well-laid plan hit some unexpected snags. The movie later turns macabre and gruesome with a somewhat predictable ending.

Actor
All actors acted competently and evenly throughout the movie. I didn't notice any actor who stood out. But again, everyone was believable.

Sexy Scene
This movie by far is not about sexual content. But there was a sofa scene between the husband and wife that redefined "sexy" - and they both had their clothes on the entire scene - go figure!

The Plan
After all the gruesome bloodshed has taken place, the driver/father told his son and daughter that he had a plan but didn't want to involve them, so he didn't disclose it - perhaps removing the element of culpability by knowing. I thought he planed to kill the incriminating witness. But later on, when pressed by his son on what the plan was, my jaw just dropped when the father said the plan was not to have a plan. Then he went on a philosophical tirade to explain why. And that's exactly what he did - nothing! This kind of thinking is just so unique and out-of-the-box that you don't see it coming. Again, no Hollywood movie would ever do it this way...or has ever done it this way.

Ending Thoughts
The first time it was shown, I dismissed it as another forgettable subtitled movie - until it won the Oscars. Then it got my attention. Fortunately, it was rescreened in the mainstream cinemas for the benefit of people like me. To keep things in perspective, this is the very first subtitled foreign movie that made it as Best Picture. For this movie to transcend the white-shoe condescension of elitist Hollywood against foreign films, especially an Asian film, says a lot about the shifting tide of movie making and audience appreciation. It is hard to put a finger on this movie.

One thing remarkable about this movie is that you have many characters, but there is no one bad guy or one good guy, unlike most films that keep the moral characters polarized for added tension. But the movie kept me glued without cheering on for the good guy - because there isn't one. Every one comes with his/her own charm and flaws.

Parasite traverses many genres. It's a hilarious comedy, but there was always an underpinning edge to it that kept me riveted to my seat. As the movie took a turn from comedy to the bizarre and then to the dark and gruesome...while still being somewhat funny, I was glued in anticipation on what blind-siding twist will take place. Parasites is so brilliantly disturbing that it leaves you with a lingering queezy feeling that's hard to shake-off long after you left the cinema.

Watch it! It'll give you a sense of how a different un-Hollywood approach comes into this movie making.