Hippie
I was an impressionable high school kid when I saw this movie the first time. It blew me away in a very personal way. Breezy was iconic about the counter culture movement as it captured the spirit of the times. Being a hippie during that time was the coolest thing. I wanted to be a hippie, but didn't really have what it takes to be one or be seen as one. I see this movie again after all these years not knowing how I'll take to it this time.

I already forgot who starred but the film lingered with me all these years as a hippie movie about a free spirited teenager who embodied what the ideals of the counter culture was all about.

Script
The script was witty and intelligent without being pretentious or patronizing. It's charm was engaging from start to finish. It made the characters more endearing.

Acting
Kay Lenz was so disarming, it would melt the cynicism in you. William Holden was believable as a smart established guy who felt something missing within. Their partnership was credible.

Storyline
A young hippie teenager (Breezy) meets an established older man (Frank). Breezy's unbridled freedom and the older man's cynicism was the staging ground for a brewing romance that justapositioned young and old, fresh and tired, innocent and cynic. The story went along an unhurried and seamless pace. 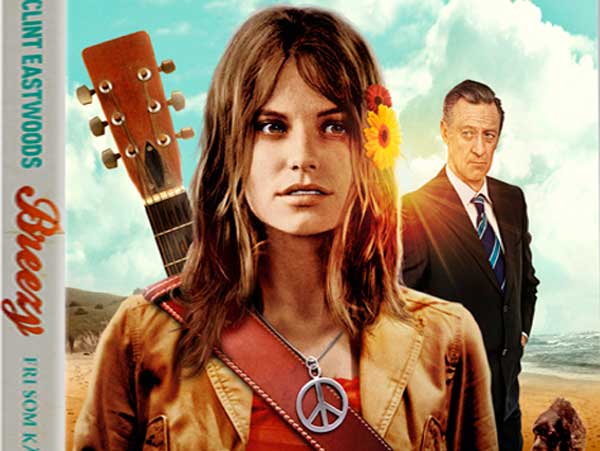 Star-Studded
I didn't realize at that time that the movie was packed by very established names - Clint Eastwood, Michel Legrand, William Holden. Kay Lenz was virtually an unknown then, but in the later years, her face became more familiar, although I didn't know she the Breezy that lingered in my mind.

Ending Thoughts
After seeing the movie again after all these years, when I thought the film would now feel tired, dated and old, I was surprisingly still blown away - in the same way it did when I was in high school. I still ache over the ideals of being a hippie - perhaps because I was never the cool one. Always an outsider looking in. Seeing that movie in high school, my thinking was, "I want to be that". Now, interestingly, my thinking was, "Hey, that's me!". Maybe at some point, I did become a hippie.

This movie was such a treat then and it's still a treat now. The hippies are gone and their ideals have morphed into many shapes and forms. But this movie remains iconic as a refreshing look at what it's like when they all began. I think I'm gonna be downloading a few hippie movies in the coming days.