2 Years Too Late
I know, I know. I'm 2 years too late for this review. But if you haven't seen it, here's why you should have seen it.

The first time I saw this movie, I felt how powerful, dark and disturbing it was - but I was lost with the details. I wanted to see it again on video so I can play some scenes back. But I've long forgotten to do it. 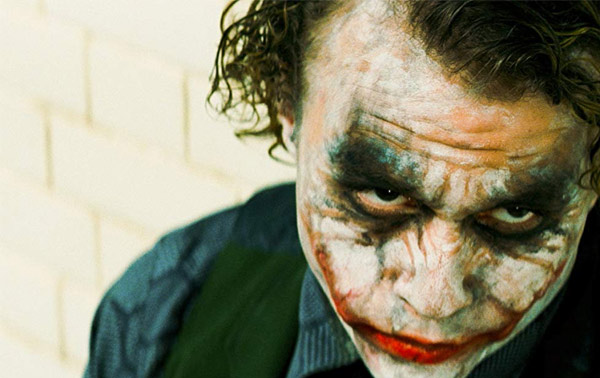 Keysi Fighting Method
I was reading up on the newest fighting style that's making it global - the Keysi Fighting Method which was developed by Justo Dieguez and Andy Norman. What fascinates me about this style is that it has its genesis on the 2-fisted streets of Spain, and it allows the fighter to defend himself against more than one attacker, within mostly close-quarters fighting using elbows and knees. I also learned that's the fighting style adopted by the movie makers of Batman. That was my reminder to see the film again.

Synopsis:
The Joker takes Gotham City by its balls...and nobody could touch him. Not batman, not the mob, not the district attorney. Everybody else lay dead in the Joker's wake.

Characters
The way the characters were developed in this movie had handcrafted precision. The Joker was frightening in the way he manipulated everyone like a marionette, pushing everyone to their limits - he knew human nature too well. Batman is torn between being the incorruptible crime fighter and employing dirty means to justify the ends. Harvey Dent, the district attorney, morphs from an idealistic crime fighter to a vengeful vigilante as he exacts vengeance on those responsible for his tragedy. Even the Butler Alfred's character was developed as he provided battle-learned philosophy and insight into his warfare episode in Indo China. In fact, this movie is about character. The action is just ornamental layering.

Writing
There is no wasted dialogue on this movie. Every line uttered meant something. In fact there were so many quotable lines. But it won't make sense if I just write it down. It's best appreciated in the context of the moment it was said in the movie.

Semi Cutting Edge
This movie dropped the Hollywood manners and bit the bullet - the leading lady was blown to bits, and so did the mayor and the chief of police. The protagonist had half his face burned and then later died. But then, the movie disappointingly succumbed to a sentimentalist cop-out when no one clicked the detonator on either of the 2 ships. That's the only inconsistency I found in the movie. I think the movie would have been cutting edge if one of the ships loaded with passengers blew up, escalating the chaos, fear and panic that would later grip Gotham City. But no, it went soft.

Ending Thoughts
Before this movie, I thought Heath Ledger was just another Hollywood pretty boy. After seeing this movie, I have to say, I have such high regard for him as an actor - such depth, such dimension. He's one of the very few movie characters I found genuinely scary. In the words of Alfred, "...there are some who can't be bought, bullied, scared or owned. They just want to see the world burn!".

I can name so many movies that wowed me the first time and made me feel stupid when I saw it again the second time. This Batman movie is NOTHING like that. I don't know if I'm just feeling low but I'm affected by this movie. The way it presented the dark side of humanity was gripping. The movie laid it out so simply how life's curve balls can easily tip the scales - from goody-2-shoes to sinister anarchist. It portrayed how anyone with a deep understanding of the human psyche can throw those curve balls...and you wouldn't even know what hit you. I remember my yoga teacher telling us she had to walk away in the middle of the movie. She just felt emotionally violated by the excesses. Sure it was dark, disturbing and yes, even violating. But it was so brilliantly crafted to be such.

Bernz
(May 21, 2010) Until now this movie still remains to be one of the ultimate Batman flicks ever. It's mind blowing.