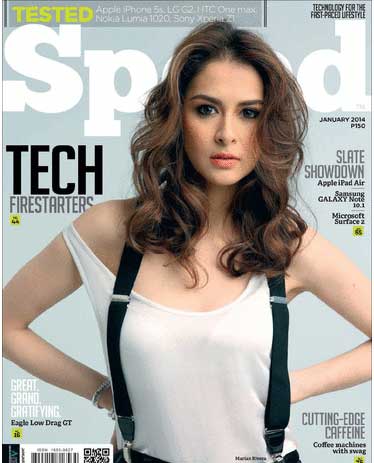 Speed Magazine
Zel of Speed Magazine asked me to write a backpacking "how-to" article. I suggested that instead, I write about the less beaten path destinations within the country. Why? Because too many travelers are looking for such destinations but continue to default to Boracay (and they hate themselves for ending up in Boracay again) because those destinations are either unknown except for the locals within that area, or perhaps there is not enough information out there on the web about the place (how many days should I stay, is there lodging, how much, is there a guide, how do I get there, etc.) or perhaps there is a misconception about the place that makes it scary. Fortunately, the publishers agreed to my suggestion.

Kalinga
For starters, I wrote about my backpacking in Kalinga. Why Kalinga? Because people are still afraid to go there - they think head-hunting is still widely practiced. In the 2 weeks I was backpacking there, I was the only tourist despite Sagada, their neighbor just on the other side of the mountain, is taking-in tourists by the bus loads. Even my Igorot friends from Baguio and Bontoc were discouraging me from going there.

Verdict
So, is the place really dangerous? Just read the article...

ps - If you want me to write an article for your publication, email me. 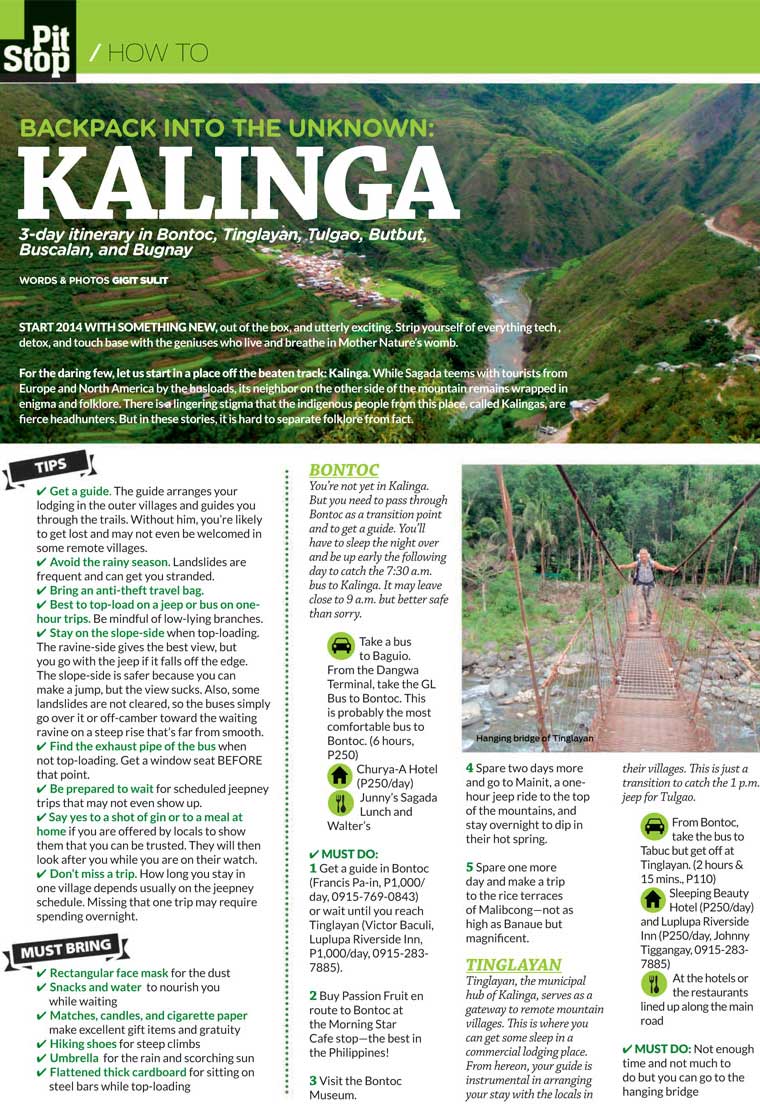 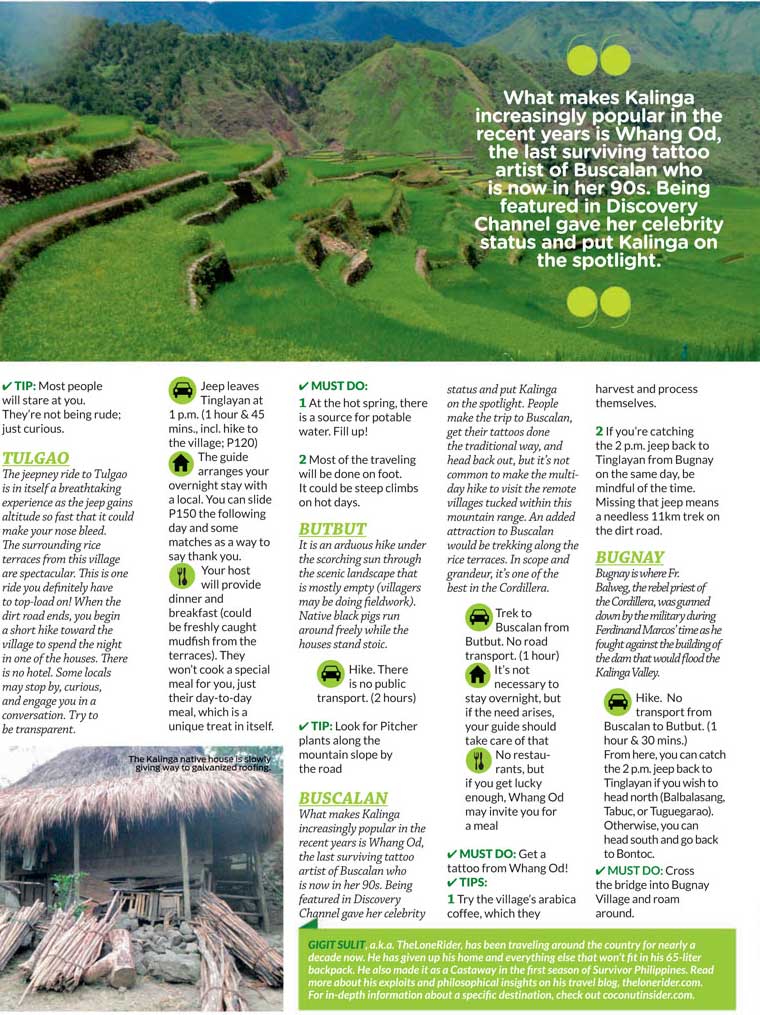 
»» next story: Shifting Yoga Paradigm
»» back to Print Media
»» back to Homepage