The Great Expanse
Within the broad spectrum that spans platonic friendship on one end and committed romantic relationship on the other end lies this great enigmatic void...this varying shade of gray that's nebulous and rife with uncertainty, awkwardness and wishful speculation. Not unlike the Bermuda Triangle, the compass doesn't work in this area as you get no sense of bearing.

Failed Names
Attempts have been made to put a finger on it but none seem to really capture the essence of this mostly-misunderstood but widespread human affection. Fuck buddies? too vulgar. Sex partner? too mechanical. Friends with benefits? close, with friendship as the underlying anchor, but still not quite. It's amazing that no such acceptable term has been coined to legitimize a relationship that we all at some point find ourselves into. 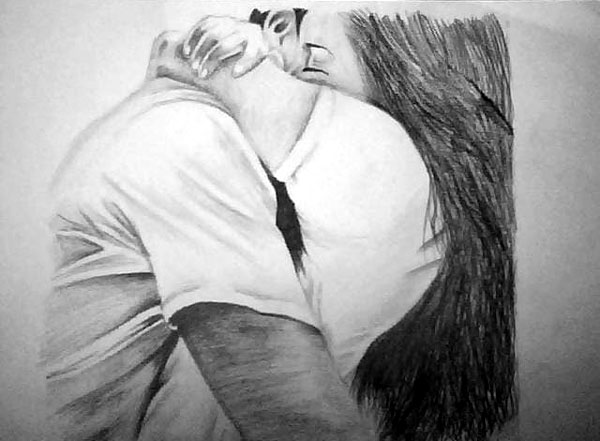 Shaky Ground
It's as omnipresent as the air we breath, but it's dealt with with linen gloves and thread upon like thin ice. Why does it feel like walking on egg shells? When it happens, more often than not, it's kept discreet from public scrutiny - cloaked and under the radar. Are we towing the line on a sensitive moral issue here?

Benchmark
I think this gray area is misunderstood because being nebulous, it never merited its own benchmark. It's either measured along the lines of friendship (hey, you're friends...why this intimacy?) or a committed relationship (hey, why is your partner anti-commitment when you're already intimate?). It never stood a chance. This delicate area is its own thing that needs to be measured up within its own benchmark - not as friends, not as lovers.

Swiss Army Knife Versatility
What would be an appropriate name for an honest-to-goodness relationship built upon friendship as a cornerstone but compliant to the universal human need for warmth, companionship, affection, and intimacy without fidelity issues at stake? One that bridges the best of both worlds? Friendship with intimacy but without increased expectation...intimacy without being fenced-in? In the context of staying present, its appeal is paramount.

Free Hugs
After my sojourn into the desert, I've become a hug freak. I enjoy giving and getting free hugs. To me, a hug is a universal currency that defies religion, race, government or creed. Hey, why not carry over the goodwill of hugs to layer a mantle of legitimacy to this relationship? And let's call this above-ground relationship....Yakapmate. As in, "Hi guys, I'd like you to meet my yakapmate, (name)". Yakap seems more playful but equally as affectionate as hugs.