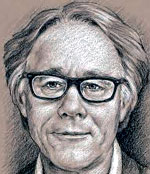 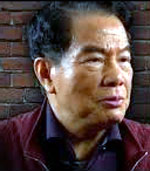 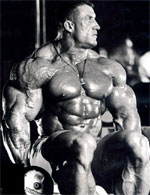 "Humanity has a forgotten story and it's only now, with new evidence that a fresh narrative is coming to light, despite unwarranted opposition by the mainstream."

My personal comments in RED.

Joe Rogan Experience
With my week-long Facebook fasting, I conveniently stumbled-upon podcasts about fascinating lives (instead of being sucked into the Covid conspiracy again). The kick-off was from London Real with David Icke, but 2 interesting names cropped-up - Joe Rogan and Graham Hancock. That piqued my curiosity. I looked them up which led me to Joe Rogan's 6 video interviews of Graham Hancock (author of Fingerprints of the Gods and Magicians of the Gods). On 2 podcasts, Graham was together with Randall Carlson (Cosmic Patterns and Cycles of Catastrophe). 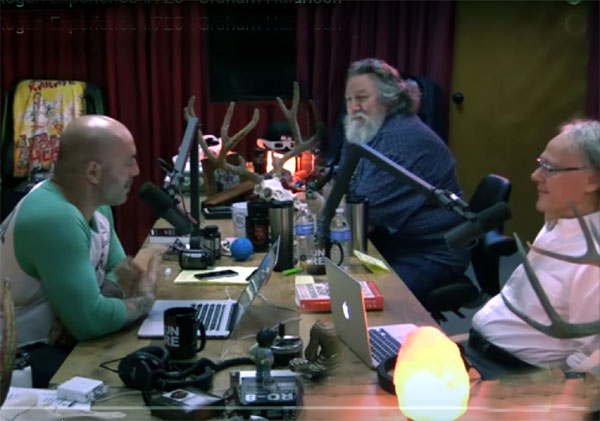 The Cataclysm that Happened 12,800 years ago
Hancock and Carlson were synergistically combining their expertise into a single cohesive story about a mile-wide comet traveling at 70,000 mph when it hit earth (evidenced by nano diamonds, melt glass, carbon spherules), and the melting of the ice sheets resulting in oceanic-depth flooding across the land that nearly wiped out the big mammals and most of humanity 12,800 years ago. This devastation took place in a single afternoon - not over hundreds of years! Global temperatures plummeted for the next 1200 years until it shot up rapidly (11,600 years ago), as a result of a global fire (presumably from fragments of the same comet that hit the earth again). This was accompanied by an ocean-level water spike that swept across the planet. This is presumably Noah's biblical flood. Interestingly enough, 11,600 years ago is the same date Plato set for the sinking of Atlantis from a deluge. Whatever civilization there was before the comet impact was practically wiped away, resetting the clock back to zero.

The few remnants of humanity that survived the comet impact had to survive over a thousand years of unthinkable horror before the planet recovered for new civilizations to flourish. That's why most discoveries now point to civilizations to germinate and flourish 8-10,000 years ago - about 2000 years after the last cataclysm.

Mainstream Archaeology
Despite mounting evidence, mainstream archaeology still do not take into account the comet impact and sticks to its guns that human civilization only started 5,000 years ago, and that the disappearance of the big mammals was a result of human over-hunting. Any talk of extinction-based cataclysm is met with hostile derision from the establishment. Scientists presenting new evidence that is not consistent with the prevailing belief are discredited, marginalized, and labeled pseudo-scientist practising pseudo-science. Funding is consequently withdrawn from their projects. Thus, any archaeologist who makes any attempt to go against the dogma of the mainstream is shot-down on his tracks, allowing the mainstream to perpetuate their narrative. Worse, mainstream archaeology is not held accountable for their actions - they still get to keep their jobs, their grants and maintain their celebrity-status by society at large.

(From my perspective, I see this as a turf war, not unlike politics. It's not about science but about their entrenched placement. If mainstream accepts the new thinking, then Graham Hancock together with the renegade archaeologists now become the new rock stars. They get invited to conferences, ribbon-cuttings, socials and get to deliver talks to a bigger audience, displacing the reigning mainstream. Funding will also be funneled now to the renegades instead of the mainstream. I see this happening in politics every time. Take the Democrats and Republicans. Do they vote for the greater good of the nation? NO! They vote along party lines.)

Gobekli Tepe
The discovery of buried ancient megaliths in Gobekli Tepe, Turkey was a game-changer. Ground-penetrating radar and drill cores estimate the age of the site at 11,600 years old. Now, mainstream archaelogy can no longer hold on to their claim that civilization only started 5,000 years ago. What's more interesting is that 11,600 years ago, the planet was ravaged by a global fire, and 1,200 years before that, the planet went into deep freeze due to a comet impact. So how could primitive hunter/gatherers whose civilization was wiped out for 1,200 years suddenly develop a sophisticated megalithic structure that is far bigger than any on the planet to date? What advanced civilization made these complex structures with a perfect North-South alignment?

(It is not known who made Gobekli Tepe, but if you factor-in the Sumerian tablets, the Book of Enoch, it would point out to an extra-terrestrial race called Anunnaki from the planet Nibiru. Now it gets really dicey if you drag-in the aliens in this discussion. It would be an impossible hard-sell to mainstream archaeology, and would equip the skeptics, fresh ammunition to nullify everything presented by the renegade archaeologists. Graham was smart enough to realize this, so he was extra careful in his wording. He said it was impossible for primitive hunter/gatherers to develop overnight, a civilization as advanced as this. So there must have been a transfer in technology from a more sophisticated source - and Graham stopped here.

And stretching it further, I don't see the mainstream acknowledging the alien theory, short of aliens actually landing in full view of the public. Why? Because it gives rise to the Anunnaki. And this challenges the church. So God was just an alien? Humanity wasn't created by God but created by aliens by modifying the DNA of primitive apes? The very powerful church will never allow this. The church's very existence is predicated on an all-powerful God who created humankind - not a bunch of aliens.)

Emergence of Humans 200,000 Years Ago
Modern humans (anatomically modern form and brain) emerged 200,000 years ago and we haven't changed since then. Even though we used to be primitive apes, there is no explanation how we came to be. There is no link. It has been proven that we did not evolve from Neanderthals - we just co-existed and inter-bred with them. (Our DNA were spliced - our chromosome 2 was a fusion of 2 chromosomes from apes, with redundant features removed. This cannot possibly happen through evolution. There was intervention. From whom? Nothing is proven, but if we consider the Sumerian tablets, it would trace back again to the Anunnakis who genetically modified the ape DNA to give rise to us - as a slave workforce. Again, this is a hard-sell even to those with an open mind.)

If the mainstream is right that human civilization began 5,000 years ago, that implies that humans stagnated for 190,000 years without amounting to anything more than being hunters and gatherers. As Randall pointed out, in just 5 generations, humans came from riding on horseback to where we are now. 200,000 years represent 8,000 generations and nothing happened in the first 7,995 generations of human existence? It all points to several resetting of the clock where civilizations were completely wiped out due presumably to cataclysmic events.

Other Things He Talked About

More Leads
(From that interview, I got a few more names and sites I could follow: John Anthony West (Magical Egypt), Roger Schock (The Secrets of the Sphinx), Robert Bauval (Black Genesis, The Master Game, Orion Correlation Theory), Gunung Padang pyramid in Indonesia.)

Ending Thoughts
(When you hear Graham Hancock talk, he just inspires confidence in you. His message is both powerful and compelling. You feel his passion when he talks. He speaks with so much depth, understanding and insight. He articulates with such extemporaneous eloquence you can be forgiven to think he's orating. His work is vault-solid and he can defend it - he knows the nitty-gritty details, chronology, names, dates and events without looking at his notes. He's practically a walking encyclopedia. This was put to the test when Michael Shermer and his sidekick (representing the mainstream) guested with him in JRE #961. This showdown simply unmasked the mainstream as being uninformed, backward-thinking, disingenuous, and arrogant. They offered nothing compelling whatsoever. They've become fat pigs who were just resting on their laurels. Thank God for people like Graham Hancock and Randal Carlson, humanity is reintroduced to our lost story. If not for these free-thinking renegades, we would still be stuck with the false template purveyed by the mainstream to perpetuate themselves as the gatekeepers, denying new evidence and devaluing those who challenge them.

Joe Rogan Experience is a treasure trove of knowledge, insight and new thinking, thanks to his array of guests who dare challenge the conventional thinking. Thank you Joe Rogan. I don't care how much money you make from all of this, but whatever it is, you're worth it!)

(May 23, 2020) Love this guy!!! And loved your article too. Aliens or not, its clear that earth's past civilizations were super advanced. Hancock's books are enthralling, and so is John Anthony West.

(May 23, 2020) I've been listening to Graham Hancock when he was last on Rogan - absolutely captivating.

TheLoneRider
(May 23, 2020) His books should be the new benchmark for History text books.

TheLoneRider
(May 23, 2020) No, I didn't. But not surprised. People should start leaving YouTube. Their censorship of postings contrary to the mainstream thinking is alarming. But where do you really go that is not a 3rd party platform? Sometimes, I use my own server, but it takes too much memory and optimizing videos is a challenge. 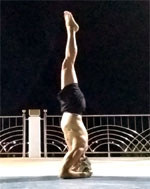