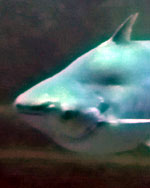 An Aquarium in Nong Khai?
When I visited Chiang Khong in May 2016, I came upon its Catfish Museum. But the only Giant Mekong Cat Fish I saw was a stuffed animal. But it was huge, as long as my outreached arms. Here in Nong Khai, I heard they have an aquarium where you actually see a live one! I thought it was odd that a small city would undertake a huge aquarium project.

The 10Km Bike Ride
The aquarium wasn't near the city center. It was 10 kms away. Either I take the bus going to Udon Thani and just get off, or ride a regular bicycle in the heat of the midday sun. I went for the latter. It has been too long since I was on a saddle anyway. But for comfort and protection, I donned a long sleeve rash guard, head buff, visor and shades. Surprisingly, from the city center, there is a marked bike path that almost takes you all the way to the aquarium. 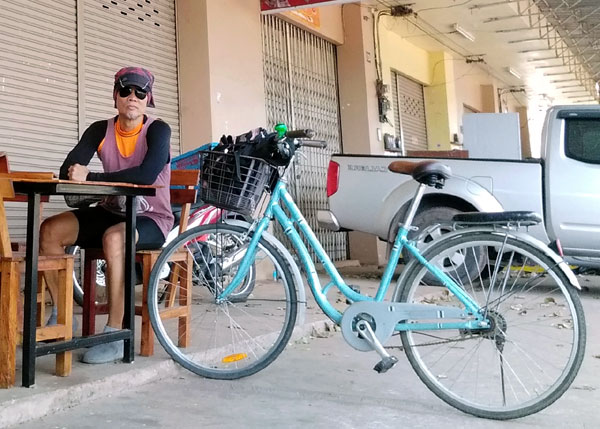 Aquarium
The aquarium was an entire 2-storie building. Initially, you see a series of compartmentalized aquariums about 250 gallons each and a center aquarium, maybe 10x20ft. Then you come upon a giant glass wall, spanning 2-stories high with an interior space about half the size of a basketball court. Here, you see the biggest fish of them all. Another impressive item on the aquarium are the 3 tunnels. You actually go through a glass tunnel where you see fish left, top and right of you. 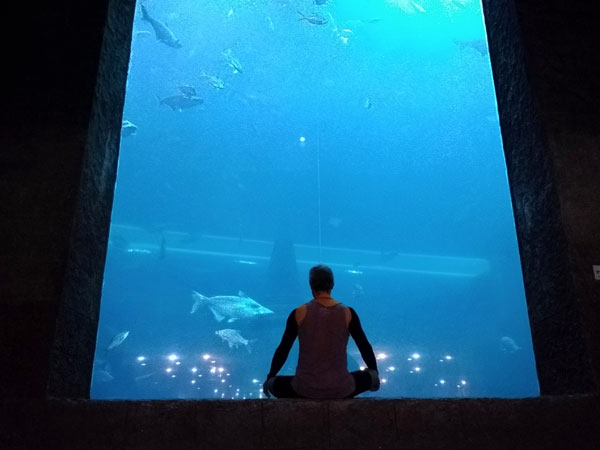 Fish
The fish were both freshwater, presumably most of them endemic to the Mekong River, and also saltwater fish, like the Grouper. A lot of them are the same ones you see in the pet shops, the big difference here is that they are much bigger.

Ending Thoughts
If you've ever watched the tv series, River Monsters, then this is the stuff that this series is made of. They are just in captivity. Which brings me back to my wondering thought as I was watching these magnificent creatures. I feel bad for them that they are in captivity and not free to roam the great expanse of the rivers and seas. But, given the overfishing and poaching out there, is captivity the only way to ensure the survival of these monster fish?

Next stop: Covid 19 and Pranayama

»» next story: Covid 19 and Pranayama
»» next Traveling story: Life in Nong Khai
»» back to Traveling
»» back to Homepage