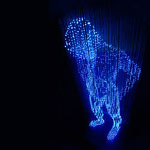 Dislosure
I am not presenting everything here as fact. It is science at the cutting edge plus my own interpretation, given my life experience.

Time on my Hands
It's ironic that people who are confined by their 9-5 job dream of a life when they can just travel indefinitely. Here in Camotes Islands, where I decided to stay for a month after a long stretch of non-stop travel, I find myself unshackled from its bondage. Now, without the packing/unpacking/being in transit/looking for a place to stay/establishing routine, etc., I have time on my hands to do other things I put on hold - like immersing myself in an intriguing concept such as a holographic universe. This freedom is like given a reprieve from jail time.

Explaining Life
People ask me how I manage to live my life the way I do, and get away with it. For a guy who is homeless, little money, no job, no property, I get to travel extensively non-stop, meet magnificent lives, eat sumptuous food and seem to land in the right place at the right time to manifest my other desires.

I explain it away as the unseen hand looking after my well-being, or being in compliance to the natural laws, or subscribing to the Law of Attraction, etc. I feel strongly about those, but it doesn't begin to explain why it happens. 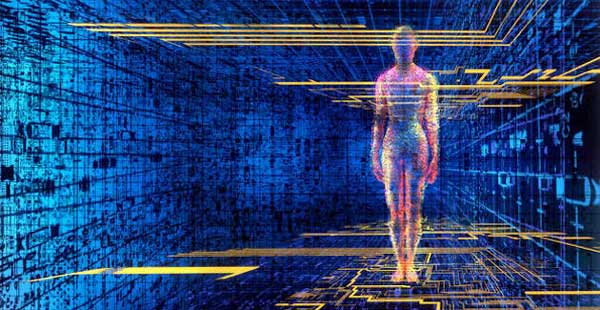 Flat, Round and Illusion
In the last few days, I believe I have stumbled on a scientific underpinning to explain the phenomena - the enigmatic hypothesis of a holographic universe. This concept of a holographic universe has been around for ages. Vedanta says that this universe is a manifestation, a projection. Self-realized sages (Acariya Maha Boowa Nanasampanno, Ramana Maharshi, etc.) describe their experience in a way that echoes a simulated reality. But amongst theoretical physicists, the concept is largely relegated to the questionable fringes of physics - it was too radical, nobody wanted to touch it.

First, the world was thought to be flat. That was replaced by a very radical idea that soon received widespread acceptance - that the world is round. Now, an even more radical idea is presented - that our objective reality of bricks-and-motars is just an illusion! That the world, as we know it, including you and me, is just a holographic image. Yes, that is pretty radical. But with increasing popularity and support by leading quantum and theoretical physicists (David Bohm, Leonard Susskind, Gerard 't Hooft), neuro-scientist (Karl Pribram) and epigeneticists (Dr. Bruce Lipton), the holographic universe is gaining momentum.

Genesis
How did this all start? The double slit experiment concluded that the presence of our mind causes waves to become particles. We never really see, study or observe what these waves are because they they turn into particles by the sheer act of observing them (called collapsing the wave function). Analogy? Midas never felt the tactile sensation of reality because everything he touched turned into gold. Same with us. The wave reality is not within reach because it always turns into a particle. Essentially, we cannot bridge what's on the other side of the quantum field where particles are in a Wave state.

Additionally, with the long-standing debate between leading String Theory proponent, Leonard Susskind vs the iconic Stephen Hawking about information being lost in a black hole, which violates the cardinal rule of Thermodynamics, new things have been uncovered, the most mind-boggling being, information is not really lost but layered on the 2-dimensional Event Horizon of a black hole. It is hypothesized that the universe as we know it is also a 3-dimensional hologram from a 2-dimensional matrix. What we see, what we smell, what we think, our bodies, the celestial bodies, etc. are all an illusion. They do not exist as solid objects, but a 3-dimensional hologram.

We are the World
The ramification is profound as it explains life in ways science cannot explain before (and therefore relegated as irrelevant). As a hologram, it means everything in our universe is coded in every element of the hologram - this includes you and me. It means we are not independent and separate as objective reality might allude us into thinking. It means we are part and parcel of the universe itself! We are the air we breathe, we are the insect on a tree bark, we are the bird that ate that insect, we are the magnificent tree and we are the one who cut down that tree and deforested a entire mountain range. We are the world! The universe is coded within us. This used to reside within the exclusive realm of mysticism, but now, cutting-edge science is proposing this ultra-radical idea.

Belief System
You might say, "So what? How does that change reality as we live it?". Here is how I see it. What we can become in life, to the extend it's already coded in the hologram, already resides in us - we just don't see it. But we can unlock the barriers to access everything that's in our code. How? By realigning our beliefs.

Beliefs
Research and experiments in Epigenetics conclude that the environment and our belief system not only affect our genes, but can rewrite them as well - this explains the placebo effect. If you believe that money is evil because your religion says, "blessed are the poor", then even if money is coded in your hologram, it will not happen because your belief system and consequently your action refuse to make it happen. In a documented case, a man dying of cancer requested that a new experimental drug be administered to him. To make the long story short, he was given salt-water. But thinking he was given the cure, his cancer went into remission. So yes, our belief largely influences our reality.

Ending Thoughts
Here is how I synthesize the above. In short, this section is my opinion as the holographic universe ties up with my life experience and observation. In this holographic universe, our 2-dimensional code is already established. I don't think we can re-code it despite our consciousness. We simply have to live it out - akin to fulfilling our karma...an inescapable process we have to undergo. So, how does the holographic universe model change things? In many respects, it doesn't change anything but it validates life the way I see it unfold. It offers an alternative explanation to what has been echoed throughout the ages by ancient cultures - that the world is an illusion, that karma cannot be escaped, etc.

But the holographic universe posits many powerful and compelling ideas:

Having an examined life, I've noticed repeating patterns in nature that solidified my belief that if I let go and pursue my bliss, the universe unfolds to let me live the life it already ear-marked for me while at the same time, looking after my well-being to ensure I actually reach whatever goal I have to reach. Yes, I somehow believe that there is a deterministic process to our existence. But it doesn't mean you'll end up there. Your beliefs and how you react to certain things can act as impediment. I have long accepted the tenet that we are all connected and lived my life accordingly. But by subscribing to that belief, I eradicate all barriers that can stand in the way for me to further that connection. And that includes all the abundance that's been raining down on me. My abundance and me are the same.

Fritz Blackburn
(Jan 22, 2017) Your experiences are also mine, but they can be explained by other models. My view, where the universe is a human ovum, leads to the same principles: 1. humans have total access. 2. Our beliefs shape our reality at the quantum level . 3. Our destiny is already set (as future God), and 4. We ARE the universe. So yes, I agree with how it works--but it does not have to be an illusion to work thus! Karma is as real as it ever gets! And--if ALL were an illusion--the notion of "reality" cannot exist at all...which makes the word "illusion" utterly meaningless.

TheLoneRider
(Jan 22, 2017) Thank you for sharing, Fritz. There are many models explaining our universe and reality as we live and perceive it. But what I find telling in all of the gamut is that whether it comes from the scientific community or the spiritual community or simply anecdotal validations from life experience, they all converge on just about the same thing - 1) that we are connected, 2) that we manifest our reality and 3) that given the choices available to us, our destiny has been predetermined.

Fritz Blackburn
(Jan 22, 2017) ...and that is all we really need to know for all practical purposes

Next stop: Back to Basics