A Cure for Cancer?

The "C" Word
I just lost my Mom to cancer a little over a year ago. The "C" word has then became a contentious aberration that steps on raw nerve. When I was a kid, I remember people dying of cancer, but it was rare. People died of other diseases. Cancer was not a household word - at least not yet. But now, I look around me and almost always, people die of cancer. Statistically, 20,000 people die of cancer everyday. Whenever I meet a brilliant guy, my thought bubble would invariably be, "if you're so smart, why don't you find a cure for cancer?"

Traditional Cancer Treatment
Despite millions being poured into research and development, the cure for cancer has always remained elusive. The traditional treatment has always been surgery, radiation and chemotherapy, the last two, TOXIC. It's a Russian Roulette if the cure kills you first before it kills the cancer. Surprisingly, despite our technological advancement in the last 100 years, these traditional treatment for cancer have remained stagnant for decades. A century ago, the Wright brothers invented the airplane. Now, we have supersonic jets flying at 3x the speed of sound. 100 years ago, we have the creaky sound of the telegraph. Now, we have the worldwide web bringing information from all over the planet to us in the comfort of our home. Cancer outcome for patients? It has remained the same from 100 hundred years ago - still 2 in 3 will be dead after 5 years from receiving conventional treatment - chemo, radiation, surgery and medication. 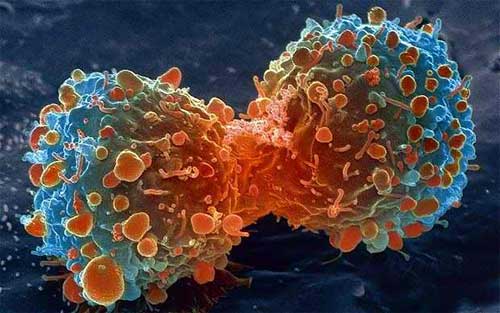 A Cure
Unbeknownst to most people, there has always been a cure for cancer - cheap cure since the 1920s. There are numerous documented cases of people being cured from cancer by the thousands - testimonials and all, by the likes of Nurse Rene Caisse, Harry M. Hoxsey and Dr. Maximilian Gerson to name only a few. Mind you, some of them are reputable doctors and a nurse in the medical field...not self-styled street hawkers selling snake oil. Why do we not know about it? Because this information has been suppressed and kept hidden from the public.

Rene Caisse
In 1922, Nurse Rene Caisse from North Ontario discovered a cancer cure from a concoction of herbs learned from the native Indian Ojibwe tribe. Her mixture of herbs, which she called Essiac, heroically cured thousands. At the onset, she was already warned by a cancer doctor that the medical establishment will never allow her cure to be approved. She tried to legalize her herbs as a cancer cure, but despite 55,000 names on a petition, proof of cancer cure by cancer survivors, diagnosis from certified doctors, pathological findings, she lost her case in the legislature. She was relentlessly harassed by the medical establishment and the FDA for the most preposterous of reasons. It came to a point she was forced to turn-down patients, suffering a nervous breakdown in the process. On her 90th birthday, the very people she cured made a trip to her house in gratitude for the extended life they were relishing.

Sourced from realfarmacy.com, here is the recipe to make your own Esiac Tea:

Harry M. Hoxsey
Harry Hoxsey was a former coal miner who was handed the formula for an herbal cancer cure by his grandfather. His grandpa discovered that his stallion who suffered from cancer, started eating a different diet than the usual. In a year, the horse had cured itself of cancer. He gathered the herbs and mixed it with known medicinal herbs to produce his own herbal mix. Harry put up his first cancer clinic in Illinois in 1924, and almost immediately, incurred the wrath of organized medicine. He would be arrested more than any other man in medical history. Unlike Nurse Caisse, Harry Hoxsey was a born fighter and had money. By the 1950s, Hoxley had cancer clinics in 17 states despite continued harassment. Mainstream establishment found ways to close his clinics, and it would prove too costly to wage a legal battle in 17 states. Hoxley was forced out of business. Once again, the big Pharma companies won in silencing another advocate for a cheap and proven cure for cancer.

Gerson Therapy (Maximilian Gerson)
Dr. Gerson is perhaps the first to suggest that nutrition is key to our well-being. If we are what we eat, then that must be true. Gerson was able to completely eliminate his debilitating migraines, cure skin tuberculosis with a 99% success rate, cure other illnesses like diabetes and skin diseases by simply eating organic raw vegetables and fruits and undergoing colonic cleanses using organic coffee solution (meat is to be avoided at all cost). This detoxification approach allows the body to heal itself. It didn't take long until he found out his effective nutritional method also cures cancer. People from far and away made the trip to his clinic, which provoked the wrath of the established medical industry. Gerson was prosecuted and had to testify before a senate committee with testimonials by 5 recovered patients. Those who supported him were crushed as well (eg. ABC correspondent Raymond Gram Swing). This well orchestrated maneuver by the AMA, spearheaded by Mr. Morris Fishbein, continued unabated. Gerson was investigated, labeled a quack, ostracized, etc. No US publisher would agree to print his book. Even though Gerson documented all his cases and backed them by actual testimonials from his patients, he was forced to spend the rest of his life in seclusion in his NY apartment.

Cancer Machinery
Cancer patients average US$50,000 in medical bills. We are looking at 1 million cancer patients today at US$50,000 a pop - that is the kind of money funding the cancer industry. What exactly is the cancer industry? Who are those who benefit from it? We are talking about endless chain of medical tests, second opinion, medication, new tests, surgical procedures, support therapies, follow-up check-ups, cancer apparatus, research labs, medical schools, etc. They employ hundreds and thousands of people generating billions of dollars to the medical and pharmaceutical companies. This machinery has become so big that it needs an equally big amount of money to sustain itself.

Suppressed Information - Why?
Yes, why should a cure for cancer, an affliction that kills 20,000 everyday, be suppressed? Sadly, and this is where I believe we have sunk as a species, it's all about money. Anything that comes from nature cannot be patented. The drug industry will not spend $20M testing any substance from nature they cannot patent - there is no money in it for them. The infrastructure for the cancer industry has grown to an immensity that needs millions of dollars to survive. If simple herbs can cure you, their market is gone, and the big cancer machinery that they have put in place crumbles under its own weight. To ensure its survival, they have encroached into the American Medical Association, the FDA, the educational system, the drug testing process, and medical publications to guarantee that their pharmaceutical products remain on the market. If that means prosecuting, discrediting, marginalizing and bankrupting the people who provide an honest to goodness cure for cancer through natural means that do not benefit the big pharmaceutical companies - then so be it.

Ending Thoughts
In short, don't rely on the big pharmaceutical companies (Pfizer, Roche, Bayer, etc.) to hand you the natural cure for cancer. If you think they are serving your interest, think again - their track record tells us they are after revenues...not your well-being. Worse, they will shut down and jail those who give you the natural cure. They would rather see you die than lose money on their most profitable machinery.

If you or your loved one is afflicted with cancer, take a broader perspective to see what is available out there outside mainstream western medicine.

(July 14, 2014) You don't really think the pharma companies want a cure do you? How would they ever make all that money, and get the big bonuses?

Judy Pazon
(July 14, 2014) Worthy read not just for those afflicted with the big C but for those who have friends/family/loved ones fighting this dreaded disease. Thank you Gigit for writing this.