Strange Feeling
As a university student sometime back, I came out of my building like coming out of a cosmic threshold with very strange feelings about the world and my place in it. It was divinely surreal...never felt that way before or since.

Clarity of Heart and Mind
For once, I had the clarity of mind and heart to know right from wrong without the deceptive underpinning of ego or materialism. It was all very clear. The amount of goodwill to extend good was spontaneous and overflowing. There was so much of it I couldn't begin to imagine where it was all coming from. There seemed to be no problem that could not be solved given the purity of intention I felt, or the kind of magical place this world could be if every one had a collective resolve and goodwill similar to mine. For the first time, I was transcending my smallness and going beyond my horizon and getting a glimpse of what lies beyond my own insignificance. 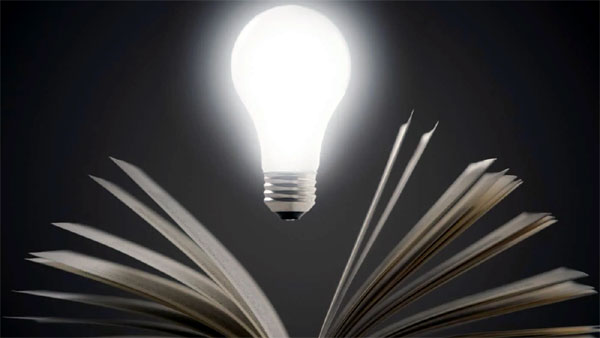 Jesus and Buddha
My mind was racing : is this how the great spiritual leaders of our history feel and think for most of their lives? Did Jesus always have this expanded consciousness that allowed him to offer the other cheek? Was this moment similar to Buddha's moment of enlightenment (that he was able to sustain)? I knew that the fleeting moment of enlightenment I was experiencing can only last so long before I go back to my normal headspace living life through its mundane on-goings - which I did shortly thereafter.

Headspace of Near-Divinity
That unexpected and rare glimpse into a headspace of near-divinity I didn't even know existed was a priceless gift. I don't think it will ever come back but I am profoundly grateful it had a chance to happen. But its legacy remains...something I can go back to when the need to be centered is called upon.

Stuart Resnick
Random Thoughts
(10 Apr 2008) You wrote, "Everybody should experience a moment of enlightenment at least once in their lives." I've considered this possibility myself. In the Zen style practice, we might be more likely to describe it as something like "a taste of extreme quiet and stillness," but I think it's in the same ballpark as the "moment of enlightenment" you speak of.

I'd think there's no possibility, and no need, to remain in a special state ALL the time. but quite possibly, tasting it once (like visiting the Grand Canyon etc) is helpful.

Still... many seekers and traditions put TOO MUCH focus on that taste or moment. Sure, getting it once is great, but what about the NEXT moment?? Many of us talk about experiences like this, and let's suppose we're talking about experiences that are nearly or precisely the same. It's still possible that in the moment after experiencing perfect clarity, we INTERPRET it differently, and thus take off in completely different directions. That's something to consider.

So what is it that we SHOULD do in that moment AFTER the moment of enlightenment? I'd say that that's a critical question. I'd say, "It depends." In other words, for example, if you're hungry, you should eat. If you're tired, you should sleep. And if you're with someone ELSE who's hungry, you should give them food.

(October 7, 2007) The quest for Enlightenment has long been a part of my life. I feel that I was drawn to it before I would even have known to call it 'Enligtenment'. I have tried and continue various practices. Even though I consider myself an 'open' person I am suspicious of gurus, wary of joining groups or religions, non-committal to any one way of practicing my spirituality. Certainly, it is there. I can sense it in moments that have nothing to do with spiritual settings or activities as they are typically conceived of being. There are holy moments and they are anywhere, anytime, and all the time. Occasionally we become aware of them.

The realization of truths often seem to take the form of seeming paradoxes. Practicing enlightenment in one's everyday seems to require self-love even as you consider nothing of yourself and look to how you can serve others. A great deal of 'Western self-help psychology' seems focussed upon knowing, requesting, and getting what we need. This might be baby steps toward meeting basic requirements of functionality or it may be detrimental. I do not know. It is as you noted of the friend you met at the workshop. You give what you can and serendipity seems to bring you what you need without your really having to seek it or request it. You do what you can to contribute to harmony. This is the way I frame it. I often find it queer to be thanked for operating that way.

I am not meaning to pontificate here, although I do sometimes feel that I could end up being a guru. Many people I have met tell me they expect that I will found a 'new religion' someday. I have no desire to do so. The 'new religion', 'new revolution', 'new tribalism'; seems to me to be simply a sharing of energy. If everyone does what they can to develop their own 'power' and share it with others then the well is inexhaustible, limitless, and free for all.

Nike Women - Yoga
(7 May 2007) i was surfing the internet and i came across an article which made me think about your post "fleeting moment of enlightenment". admittedly i have never felt that sort of spontaneous surge of energy/joy/bliss (call it what you will) wherein all in the universe was beautiful and the connectedness of all beings was suddenly apparent, undeniable and very real. you do read about it all the time and hope that one day it too shall happen to you. and when it does, one shouldn't allow doubt to kick in and negate that it ever happened at all. your experience was truly a blessing!

i have experienced bursts of unexplained happiness, the kind that suddenly brings tears to one's eyes mostly during my yoga asana practice. although it isn't unusual for various emotions both good and bad to suddenly arise when one is doing bodywork such as hatha yoga. i guess in the end, one can hope for earth-shattering enlightenment but when it comes down to the nitty gritty of daily life one must strive for simply being content in life. It is a great challenge to find contentment in whatever situation especially when that situation is a sad one. bikram likes to teach about how you should never allow anyone or anything to take away your peace. and yoga philosophy will attest that it is possible to cultivate that state of continuous contenment/happiness.

Jeanette Craddock
(June 16, 2003) Thank you for sharing your thoughts with me. I'm grateful.

I believe we share this common ground. Or, is it just familiar feelings of such epiphanies that come about when we're on the right track to another breakthrough in our journey to understanding the spiritual universe, human emotion and intellect. I always think about how tiny we are as humans yet how capable we are of making such enormous differences. I do believe that once you feel this way, just once, you're bound to chase it down and make it a permanent feeling (or at least a goal to strive for).

This is the constant feeling I get in my stomach when I'm at school learning and studying the human body. Knowing that everyday I dedicate myself to others in their quest for better health and that my contribution to this world is by doing something that I truly love, helping others.

That intense feeling of the zone reminds me that I'm on the right path! I only want to live life feeling alive!!! On this path, with that distinct feeling dancing around my being!!! Ahhhhhhh what it feels like to be alive!! Giving yourself the ability to feel the sensations and see the excitement of what life really has to offer!!

I felt this feeling after skydiving, I felt like I could move many mountains of life's troubles. A few years ago when death was at my door step, my faith, strength and love of life supported my will to live. I am here to give to all who will accept my fortunes, and to have fun doing so!

Once that happened, I knew that the only path for me was to create one of my own. From that point on I have become a "junkie" of that incredible feeling that makes me feel so alive! I am a believer that God lives in each and every one of us. I believe his "feeling" of magic given to those who are ready to accept it and fly with it, is to use it to make a difference, this is magic enough for me.

Enjoy the quest of your own greatness, your own life and the power of knowing what it feels like to be alive!!

Celeste Dupuis
(The Yoga House) (March 17, 2003) As I said to you the other night, it is sustainable, you can stay in bliss consciousness. I know this is so. It is not a belief. Yes, this is the way the great world teachers feel all the time. And because of this feeling of expanded consciousness and awareness, they can reach everyone who ask, heal anyone who believes, because they are, indeed, everyone else. They do not only reside in their own vehicle (body) but are the universal, cosmic body--consciousness itself. I would be happy to provide many examples of this in my life when I see you.

We create every moment of our existence by our thoughts. These thoughts fly out into the atmosphere and the intentions inherent in these thoughts connect with the appropriate destination, no I will not attempt to describe it here. I will write later, connect later.

Bliss consciousness is natural, every other state of mind is a "state", a false arrested state. Namaste.

(December 23, 2002) Trust me old buddy, when you least expect it, it will rear it's beautiful head again. But......it seems the longer you want to hold onto it the faster it goes! Just enjoy the moment.