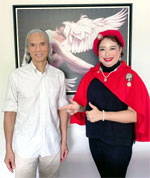 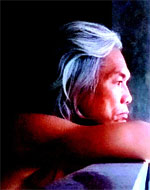 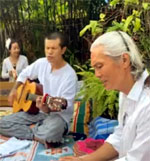 Life Presentation
While trading stories with Cherry at Fern Forest Cafe, she found my life adventures interesting and asked if I could make a short presentation for an interview of the turn of events that led me to my present lot - a nomadic life in search of life's Easter Eggs. She later coined the interview title, Spiritual Backpacker. Of course, I said yes.

But while doing it, I was thinking, "Why not put it in blog form?" This way, I can think back on the series of events that took place and articulate on the insight and lessons learned. I can't do that in the interview with Cherry since the interview is time-constrained for brevity. Yes, it would be good to go back to Memory Lane to piece together these events that helped shape my here-and-now. 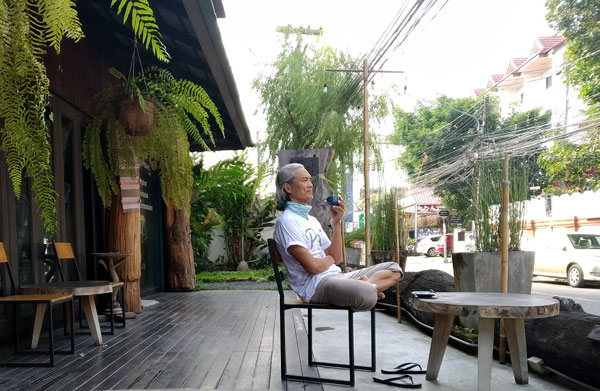 Ending Thoughts
Going back in time to write about this was grounding. It's like looking back and seeing how much ground I've covered. The best thing is, the journey isn't over yet.

I've seen many changes in me as I pursue life on the open road while staying on the right path. Now, I no longer feel like an outsider. I don't even feel the need to belong. I'm simply comfortable under my own skin, feeling self-contained. I enjoy being with people, not to validate me, but to enjoy celebrating life with.

In all these travels and adventures, with hardly any resources, I was at the complete mercy of my universe. But my blessings transcend statistical probabilities. Again, this only validates that there is an unseen hand looking after my well-being. The universe I believe, is there to be at your service - if you let it. It is far wiser, far knowledgeable and far more benevolent than it is given credit for. Once you let go and trust the process, you see how things are architectured to pave the way for your journey. With a staunch relationship I have with my universe, I feel the power of the Big Bang right behind me. I feel the divinity that mantles this universe. It's a heightened perception of reality very few get a glimpse of. I wake to a new day always thankful to be alive and experience this magic.

Friend
(Mar 26, 2021) Wonderful adventures youŌĆÖve had. You are very blessed and taken cared of.

(Feb 17 - Mar 14, 2021) Doriana was a complete stranger until I met her at Ollie's and Ceylin's picnic at the CMU pond. I saw her put eye drops on her eyes. I said there is a better, natural and cost-effective way to moisturize the eyes through yoga. She asked that I do it, and not just explain. So, on the spot, I conducted trataka shatkriya, surya pradarshini mudra and sambhavi mudra. She felt an immediate relief. Only then did she ask me to teach her how to gain flexibility and strength through yoga.....more »»

Arun Suite - 3 bedrooms in a 3-storie guesthouse within Old City, ideal for families