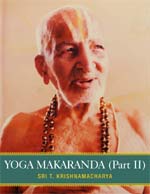 Inversions
In a normal upright position, the perception organs (nose, eyes, eyes, taste buds, brain) are above the heart where blood has to fight gravity to reach them. Inversions put the heart above the perception organs and thus stimulate blood flow. Additionally, inversions slow down the respiratory rate and displace the internal organs upwards. The 2 asanas that give the most benefits for being preventive and curative are:

Sirsasana (head stand)
Ideally, this should be done in the morning, 24 rounds of breathing at a rate of 2 rounds per minute, with 5 secs antar kumbhaka and 10 secs bahya kumbhaka. Then take 2 mins rest to normalize. This gives a copious supply of blood to the head and brain.

Comment
Sirsasana can be intimidating. I remember that I was already 4 years into my yoga practice and still did not attempt it thinking it was too dangerous. When a fellow teacher taught me the technique, I was surprised that I could do it in 5 minutes. It was a head-game the whole time! Now, sirsasana is an integral part of my practice.

I am quite proficient with my headstand, able to keep upside down up to 50 breaths followed by 10 jackknives (transitioning to Sirsasana B then back to A) so I assumed doing the prescribed sequence would be easy. I was wrong. Instead of just balancing, I now have to slow down my breath to 2 breaths every minute and do breath holds. It was very challenging. I could not do it. But I will keep attempting.

Sarvangasana (shoulder stand)
This should be done after Sirsasana. Also 24 breaths averaging 2 breath rounds/minute, 5 secs bahya kumbhaka but no antar kumbhaka. Then take 2 mins rest. Blood flow to the head is restricted because of the chin lock.

Comment
Sarvangasana, on the other hand, is something else. Early in my practice, that pose used to cause a few injuries for me that I avoided doing it for a long time. The trick for me was to go into plow to maximize the reach of my hands on upper back. Once set, I don't move it anymore. Making adjustments while the shoulder and neck already carries the full body load was the cause of my early injuries. It's not one of my favorite asanas, but after Yoga Makaranda saying it's one of the most beneficial asanas, I now have to integrate this into my practice.

I can do Sarvangasana with ease, but again, doing the slow thin breath to prolong it to 30 seconds and doing the breath hold is challenging. I can't do it, but I will persevere.

Paschimottanasana (seated forward bend)
Do sitting asanas after the inversion to restore the proper positions of the internal organs.

Comment
I often go into Paschimottanasana to neutralize the body before transitioning to other asanas. Like Downward Dog, this is a very useful "transition" asana.

Iyengar Yoga Teacher
(Oct 9, 2016) I limit my Sirsasana to 5 mins. Physiologically, it takes 2.5 mins for blood circulation to get a full cycle. 5 mins is 2 cycles. You can do some variations, eka pada, parsva etc once you become comfortable at 5 mins. At Iyengar yoga, we do Sarvangasana after Sirsasana to cool down since Sirsasana is a heating pose. The Kumbhaka duration (24 breaths in 12 minutes including breath holds) is unusually long for khumbaka. I think better to start progressively 1:2, 2:4 until it becomes more comfortable to do longer holds.

(Oct 9, 2016) I have always wondered what the king of asanas is haha. Thanks. The breathing itself is difficult and do the pose for 12 minutes? I don't think I've even held a headstand for more than a minute haha but I will try and know my limit. I tried but 1 breath pa lang with 10-sec bahya, wala na ...a looot more practice pa :)

TheLoneRider
(Oct 9, 2016) I tried the prescribed Sirsasana (24 breaths in 12 minutes including breath holds), but I can't do it. The long, thin breath is already a breath-hold and with kumbhaka on both ends of the breath, it's really challenging. Why 5 secs on Antara and why 10 secs on the Bahya Kumbhaka? That was not specified. But the book suggests to start slow and build it up to that ideal length. I just push it to my edge to know at point I begin.

Dulce
(Oct 9, 2016) I love these 2! Back to back! In training, we were told to follow w/ fish pose...but I hear this seated forward fold is better. What do u say? Yeah...it all depends on how I feel and what I need. The body is smart.

TheLoneRider
"In training, we were told to follow w/ fish pose...but I hear this seated forward fold is better. What do u say?" -- Dulce
(Oct 9, 2016) In Ashtanga (also by Krishnamacharya), the counter pose for Sarvangasana is Fish Pose. My observation after doing a few experimentation - when doing a counter-pose immediately after a Sarvangasana, it feels best to do a Purvottanasana to neutralize the neck followed by a sitting asana to neutralize the internal organs. However, if doing a Karnapidasana after Sarvangasa (the way it's done in Ashtanga), it's best to do a Fish to neutralize the back first, followed by a sitting asana for the organs. My 2 cents. :)

»» next story: Duterte Mania in Davao
»» next Yoga story: Yoga Beyond the Mat
»» back to Yoga
»» back to Homepage

hotel accommodation
in a condo unit

hotel accommodation
in a condo unit