...an unseen hand gave me a Xiaomi Redmi Note3 Smart Phone but left a fingerprint!

LG old Phone
For a few years now, I had been putting up with a phone that wasn't doing it for me - limited memory so I can't load Apps, hard to learn interface and sluggish. It was never appreciated. While working out along the Malacca River, I somehow forgot to take it with me. Someone else found it, and took it.

Xiaomi Redmi Note3
It was imperative for me to get a replacement in Singapore - I couldn't function without a phone. But which phone? A cab driver in Kuala Lumpur who is reliant on his phone for Grab/Uber and GPS directions once remarked that the Huawei was bang for the buck. I've never heard such brand as I'm not really a phone geek. I know Samsung and iPhone and that's it. I did a research on Huawei and learned that it has a new powerful offering - Honor 5C. After more research I found out the Honor 5C is intensely rivaled by competing brands/models, Xiaomi Redmi Note3 being one of them. Friends favored the Xiaomi for value and performance. 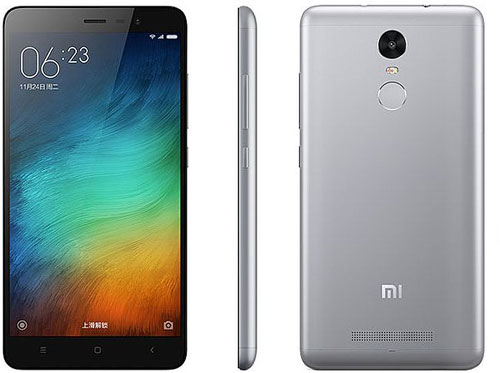 No Budget
The only problem about getting a Xiaomi is, I didn't really have a budget for a new phone, let alone a mid-priced phone at MYR 799 (US$197.77). What to do? Do I settle for a cheap phone instead and end up having another LG-type that's next to useless? Then I'd be back where I started. No. I don't want to make that mistake again.

Alexander 'Sasha' Kozini to the Rescue
I remember Alexander 'Sasha' Kozini, a Russian yogi/guru/traveler/tea expert I met in Penang who remarked that when he wants and needs something, he doesn't settle for anything less - even if the money isn't there. And somehow, the money finds its way to him. It resonated. I took it to heart. So.....Xiaomi it is. I'll worry about the money later.

Where to Buy a Phone in Singapore?
Where to get the Xiaomi Redmi Note3 in Singapore? There are literally thousands of phone dealers. I researched, and from a reputable blogsite, 3 phone stores were recommended at Far East Plaza - a little more expensive than the same phone bought at Sim Lim Plaza, but you're less likely to be ripped-off. I don't mind paying a little premium for credibility and added security. This experience also underscored for me how powerful a blog can be. Without that blog, I wouldn't even know there was a Far East Plaza, let alone the choices inside.

Apps Galore
Excited about my new toy, I lavished it with a protective screen cover, a rubber back cover and a sealable case for added protection and prop for movie viewing. I've never splurged on anything before. This phone revealed a whole new universe for me that I couldn't do from my lost phone. It felt empowering to be able to use smart Apps designed for traveling like Maps.Me, Tripadvisor, Agoda, Booking.com, Hostelworld. Maps.Me even works offline! Apps are just more efficient than using Google Chrome on a handheld.

Ending Thoughts
Having leased new life on my new phone with all its helpful functionality, I now understand why I had to 'lose' my old phone - the LG. The LG was the cheapest I could buy and wasn't really helping me. I could not however, in good conscience, replace it when it's a perfectly functioning phone. I was essentially stuck to it while the world moved on without me. My universe found it convenient to make me 'forget' it and for someone to 'find it'. And in my line of thinking, the guy who 'picked up' my phone probably needed a phone. I don't see it as my phone being 'stolen'. The LG wasn't appreciated and simply had to find another home. Life unfolds in uncanny ways.

And lastly, how did I pay for the phone? Miraculously, I made money in Malacca. How much? Exactly MYR 800, leaving me a 1 ringgit change after paying for the phone. The exact amount earned and the exact time I earned it, is the telltale fingerprint that my benevolent universe is once again looking after my well-being, making things happen to provide for my essential needs. Of course it can all be coincidence. Right? But this has been a repeating pattern with a historical track record - not a one-off. It's as predictable almost as nature's own repeating pattern and symmetry - Fibonacci sequence, fractals, mollusc spirals, crescent shaped desert sand dunes and its ripples, etc. I am somehow led to conclude that these repeating patterns are not exclusive to nature. They apply also to us - afterall, we are part of nature. But it's equally essential to make it happen...to put the intention out and let the powerful forces at play do its magic. I am a grateful beneficiary. Thank you universe!

»» next story: Biological Cell Regulation (BCR) Therapy at Chang Wellness
»» next Slice of Life story: A Gifted Dell Laptop from the Usual Suspect
»» back to Slice of Life
»» back to Homepage