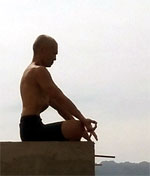 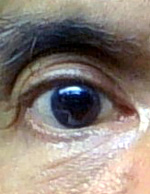 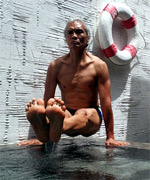 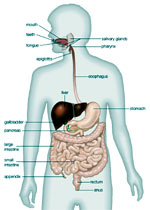 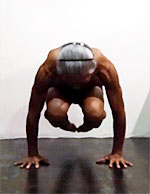 Why Core?
Think of the core as the central hub for nearly all muscular activities that happen throughout the entire body - whether it's sweeping the floor or doing body-English on a mountain bike. The movement either starts with the core or move through it. Thus a strong core makes movement efficient from arms to body, delivering energy where it's needed (and not being sapped along the way) while enhancing balance and stability. Core underpins nearly every activity you do. Having said all that, the core is also one of the most neglected muscle group in the body.

Weak Core
The core is the load-bearing struction of the body. If that is weak, the load is transfered to other body parts which are not designed to carry such a load. Result? Injuries. One with a weak core usually suffers from back pain - 80% of Americans suffer a debilitating low back pain at some point in their lives, which can be helped by a strong resilient core. From there, the injury cascades into a domino effect which can result in knee pains, etc.

Defeat has a posture - the slouch. Good core develops good posture. Good posture projects confidence and improves your self-image. Our reality is a manifestation of our self-image. Mandate? Develop the core!

Yoga first and foremost
Even though there are many abdomininal exercises here, this is still a yoga practice, first and foremost. This means many things. This means breath is the priority, breath comes first followed by the movement, one breath - one movement. We remain mindful of what we are doing - so we're not thinking about a deadline here or what we want to eat for dinner. Importantly, no matter how challenging the pose gets, we observe that difficulty with a calm and non-reactive mind.

I WARM UP STRETCH

V Guided Seated Meditation
Focus was on gratitude emanating from the seat of consciousness - the heart. Gratitude for our health and for being in a beautiful place called Chiang Mai. Gratitude to the Thai people who have allowed us to stay in their midst.

Parting Thoughts
Mega-crunches alone will not develop great-looking abs. They also require diet and cardio workouts. Still, it's not that easy. Even when the abs get developed, unhealthy habits can erode the cuts and deep lines fast - abs is the first thing you lose when you drop the ball. However, once good abs have been achieved, it's relatively easy to bring it back to shape again - you don't have to go through hell again to bring it back.

When I first developed my abs in the Abs Showdown back in May 2002, it took me 3 months of intensive hard work. My officemates called me crazy for the things I did. But in the end, I had a stunning transformation:

(July 29, 2020) If you eat 3 meals a day and don't poop 3 times a day, you are constipated. Yoga has a system to cleanse the digestive system, increase digestive metabolism and enhance absorption of nutrients.....more »»

How to Get to Marichi Yoga House

Take a tricycle and ask to be dropped off at Western Union near Iglesia ni Cristo in Purok Malakas. Enter the gate where Western Union is, and go up the 2nd floor. P10 from the main city (or P30 if you wish to have a special trip).


»» next story: Yoga Class for Optimum Digestion
»» next Yoga story: One-Leg Sequence
»» back to Yoga
»» back to Homepage