Excitement of the Moment
I was searching on Youtube for documentaries on parallel universe when I stumbled upon this title - Changing Your Reality - Part 2 of 2. Sounded intriguing so I streamed it. The message of this motivational speaker, Bashar, got my attention. He said we should act on the thing that excites us at the present moment - even if it seems there's no connection to things we want to accomplish. He said that that 'excitement' was the universe's way of blazing the path for us to go where we should...whether it's clear to us or not...that at some point, the connection would become obvious. I thought it was powerful. 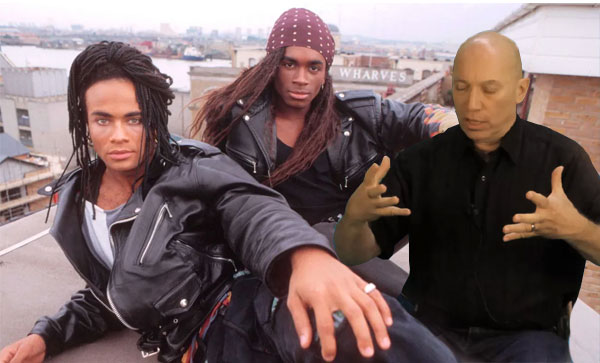 Acting on the Excitement
In a sense, it was my own way of defining the Flow, but he said it in a more concrete and familiar way - just a feeling of excitement. It got me thinking too, "what excites me at this point?" A quick answer popped into my head - and that was to meet my kumpare who is visiting from Canada. The problem was, he could only meet me in Boracay and it wasn't viable for me, so I begged off. Now, I'm finding ways to get to Boracay, in compliance to 'acting on the excitement of the moment' (of course, first and foremost, I wanted to jam with my kumpare who I haven't seen in 8 years!).

An Alien?
I was impressed by the simplicity of the message and how powerful it was. Indeed, through life experience, the most eventful things that happened to me was when I acted upon things that excited me at the moment. So now, I wanted to know more about this dude. I follow Bashar to his website, bashar.org (as posted on the video). Under About Bashar, it read, "Bashar is a being of extraterrestrial origin, a friend from the future who has spoken for the past 26 years through a channel". My jaw dropped, and I'm like, "What the f@#k!!!" Internal alarms went on Condition Red and as I was about ready to close the tab, I realized something.

Milli Vanilli
I'm reminded of the Millie Vanilli episode back in the early 90s. They were an eye-candy pop duo who became a phenomenal music/dance act that earned them a Grammy. The music was energetic, bouncy and contagious. The airwaves couldn't have enough of it. But it was later learned that they didn't sing the songs in their album. They were manufactured by the recording executives. The media and public backlash were immediate and severe. Album sales spiraled down and Milli Vanilli became a caricature and the music, a joke.

The Message Remains the Same
I'm not sure if I was the only one thinking, "So, Milli Vanilli was a fake...but the music is good. It was done by real people who never got famous because they didn't have the looks and marketing potential. But the music hasn't changed!" I continued to listen to their music and my friends thought I was trying to be funny.

Ending Thoughts
Even though I don't buy this 'alien crap', Bashar's message is still sound. Maybe I should just focus on the message and not the messenger. If it's a powerful idea, does it matter if it was the Dalai Lama who said it or Sponge Bob? Yes, I'll go back to Bashar every once in a while to check out what might work for me. I don't really care if he's from Pluto or Disneyland. I don't shoot messengers.

(Feb 18, 2012) Interesting read! First thing came to mind after reading your article is -- you'd probably guess it -- on that Man from Nazareth and his historical basis (if any). It's really difficult to tie history and scripture together, and I guess there's no way we ever will, but the teachings he's mentioned always makes us better human beings. That's just my opinion though, but in any case quite similar to what you're saying. Interesting. 🙂

"Indeed, through life experience, the most eventful things that happened to me was when I acted upon things that excited me at the moment." -- Very true. Which makes me not regret that I dropped my masters in "exchange" for the likes of adventure through UPM and TSP. Hahaha! 🙂

Do that which excites you. In a sense, it's a way of "following your heart". Cliche but true. Nice thought for the day!

Next story: The Barf
Next Lucid Thought: Evolution and Existence Without God